Your next holidays? Explore Puglia in its every little village.

Northen Puglia indeed is also featured by a mountain chain, not so high but beautiful.

In front of the marvelous beaches of Gargano there’s the land of Daunia Mountains.

This is a very special place full of little and charming villages, two of those Alberona and Bovino named in the list of best Italian villages. 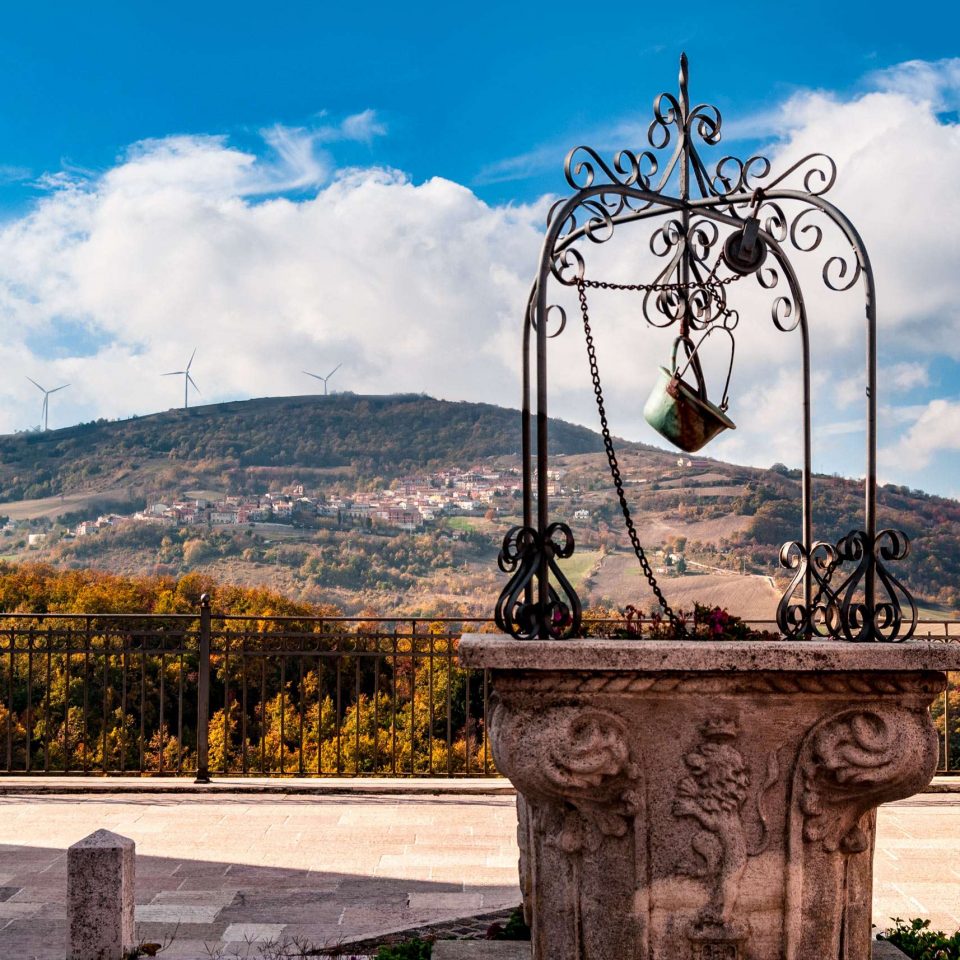 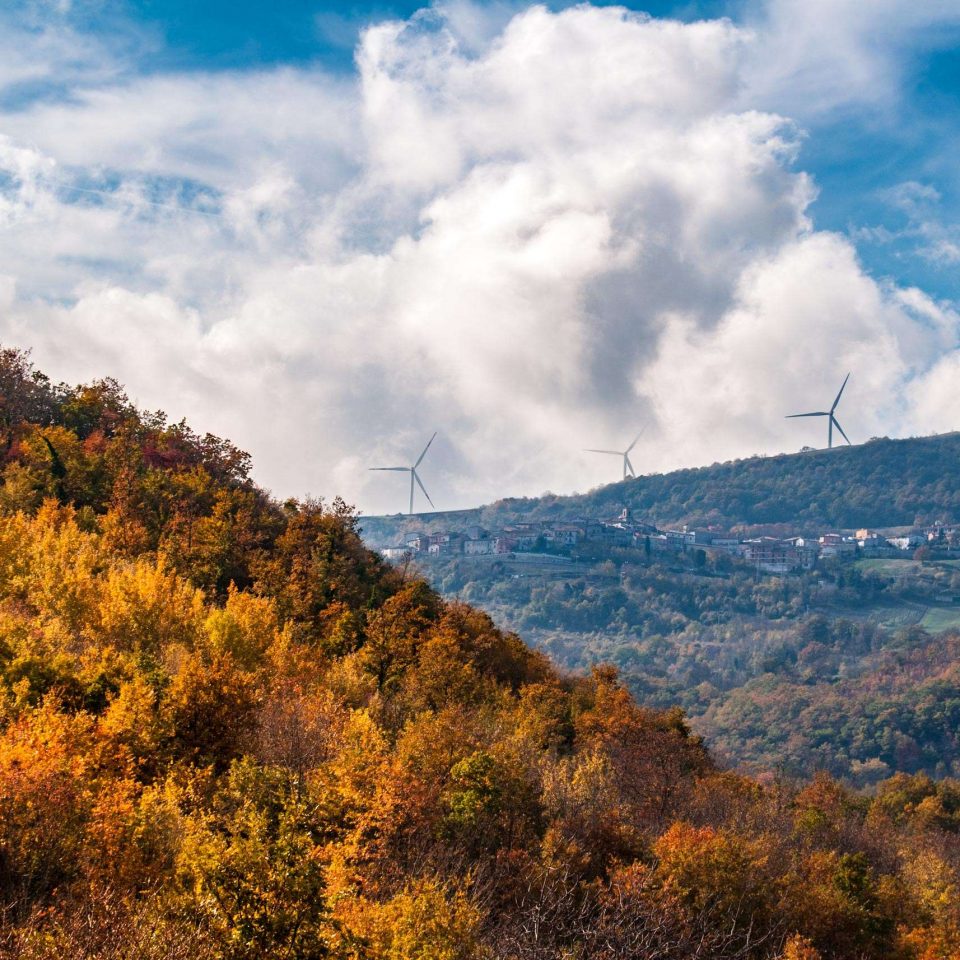 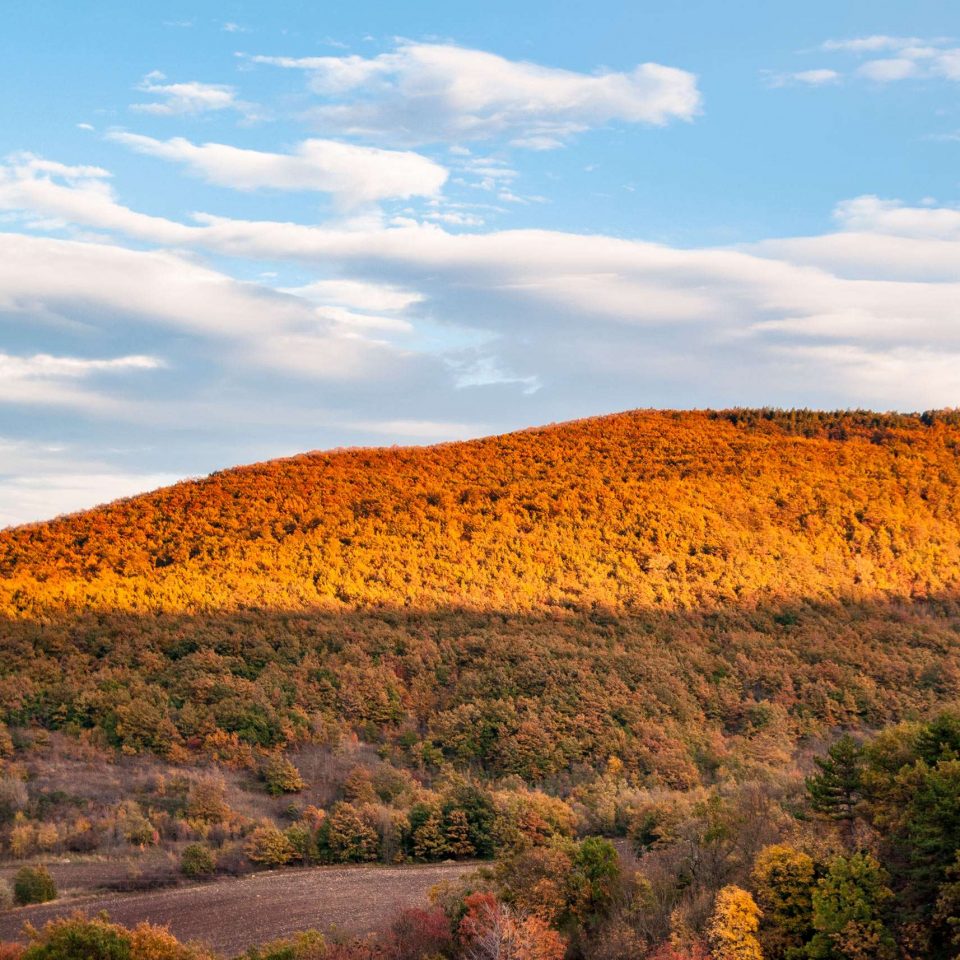 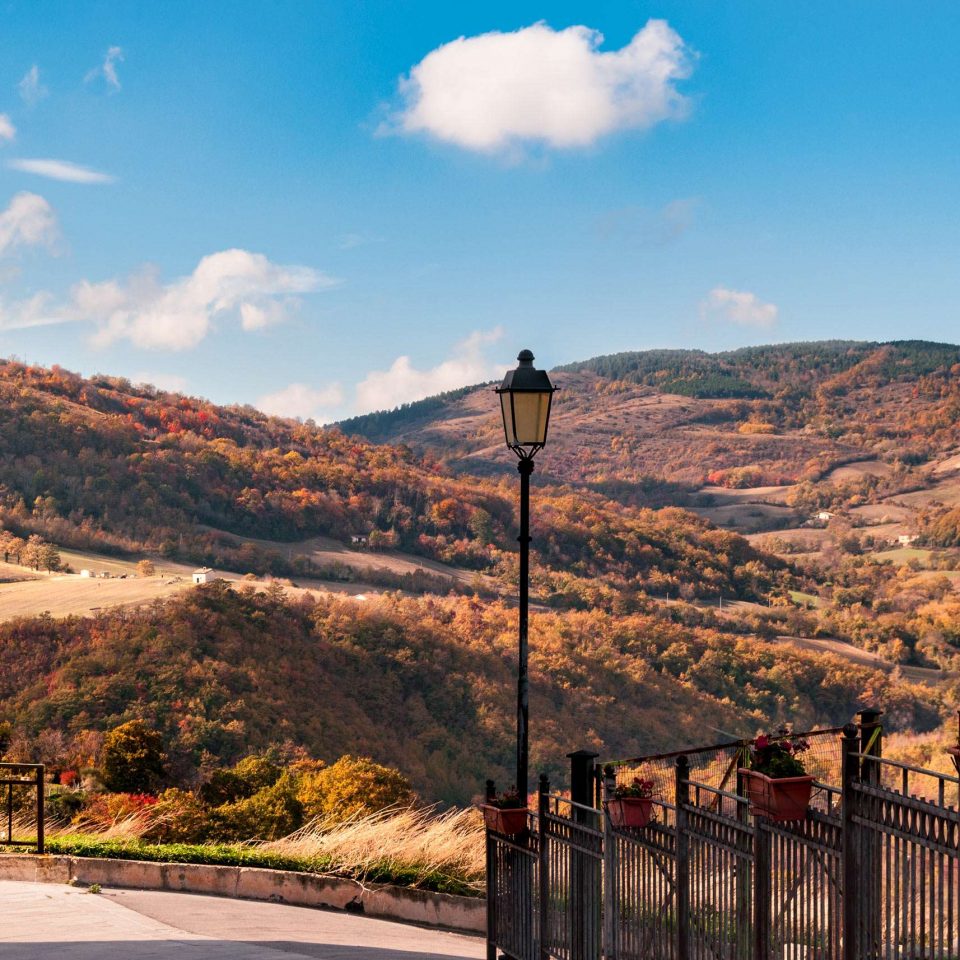 Explore Puglia also means to visit the smallest Apulian village and here we are!

Celle San Vito is a very small and cute village of Daunia Mountains and actually is the smallest village of Puglia.

Just 165 citizens live in this village built up in the old days by some monks as safe shelter for pilgrims while they were going to the Holy Land.

After in 1200, when the cells and the hermitage were already abandoned by the monks, a community of Angevin former soldiers took here its place.

So, the village of Celle San Vito was born.

Thanks to the Angevin community a Franco Provençal cultural and language tradition started here.

Celle San Vito indeed with the nearby Faeto represents the Daunia Arpitana, that is the only Franco Provençal language area of mainland Italy. 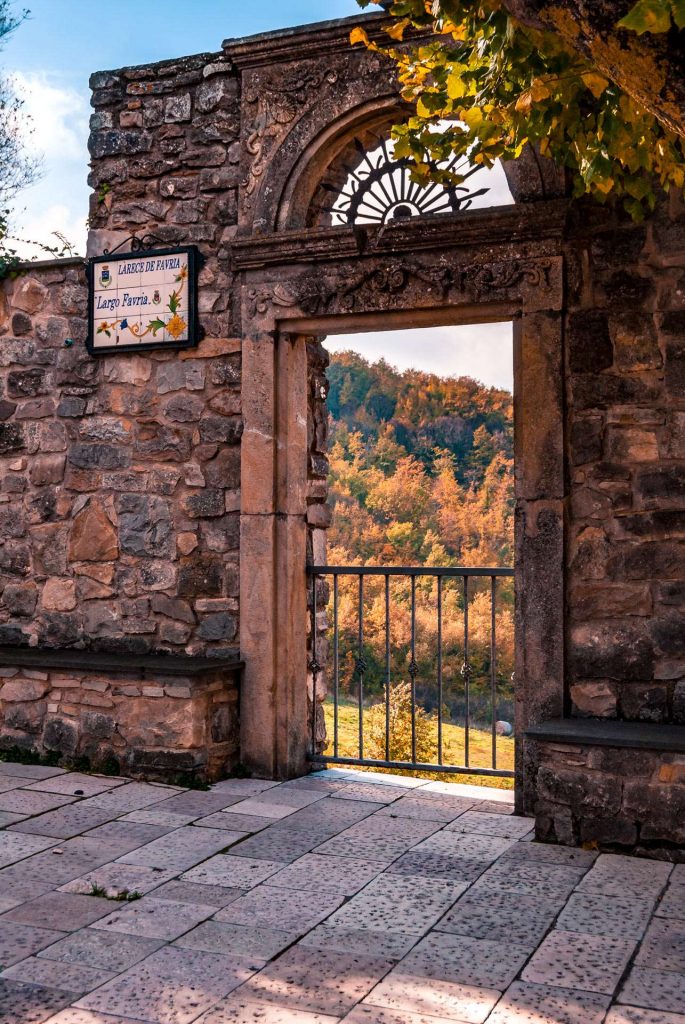 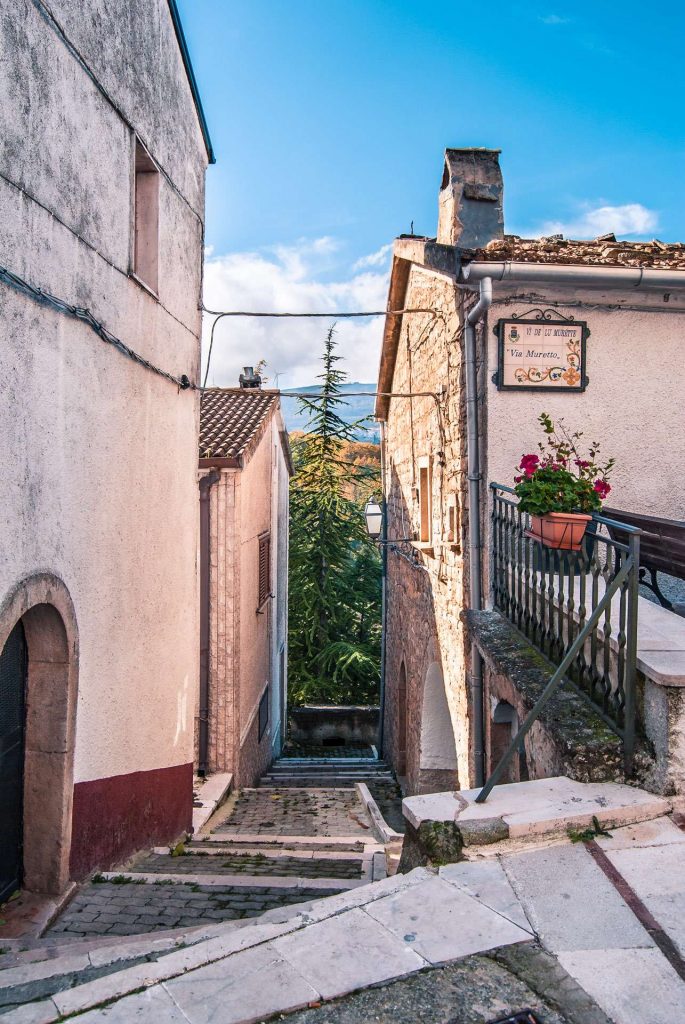 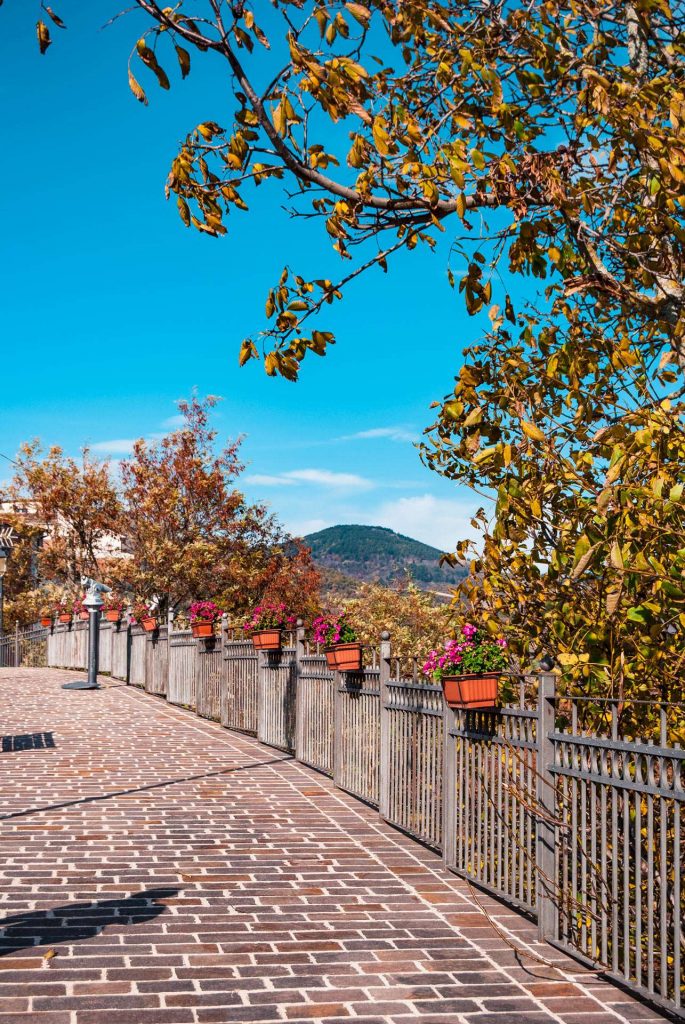 So, explore Puglia has to mean exploring Celle San Vito.

The old village of Celle San Vito is characterized by a few particular narrow streets where stand up charming stone houses… but the most fascinating thing is the signs with the names of the streets, written both in Italian and Franco Provençal language.

After visiting the old village with the Church of Saint Catherine just a stop at the amazing panoramic viewpoint.

Then live a naturalistic experience walking through the trekking itineraries in the woods to reach Faeto and Castelluccio Valmaggiore. 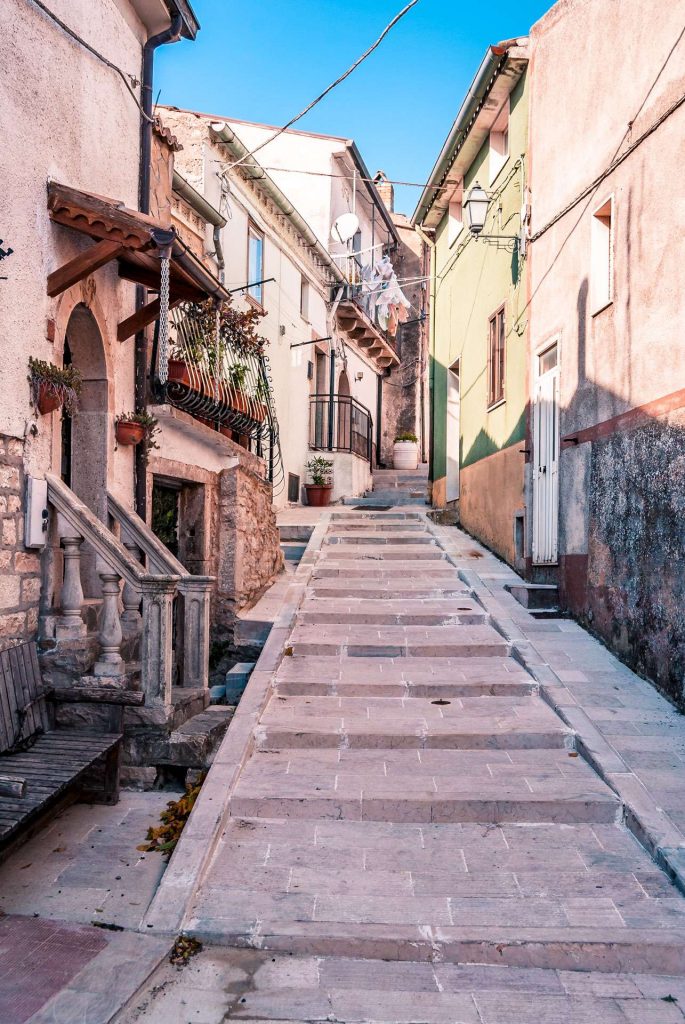 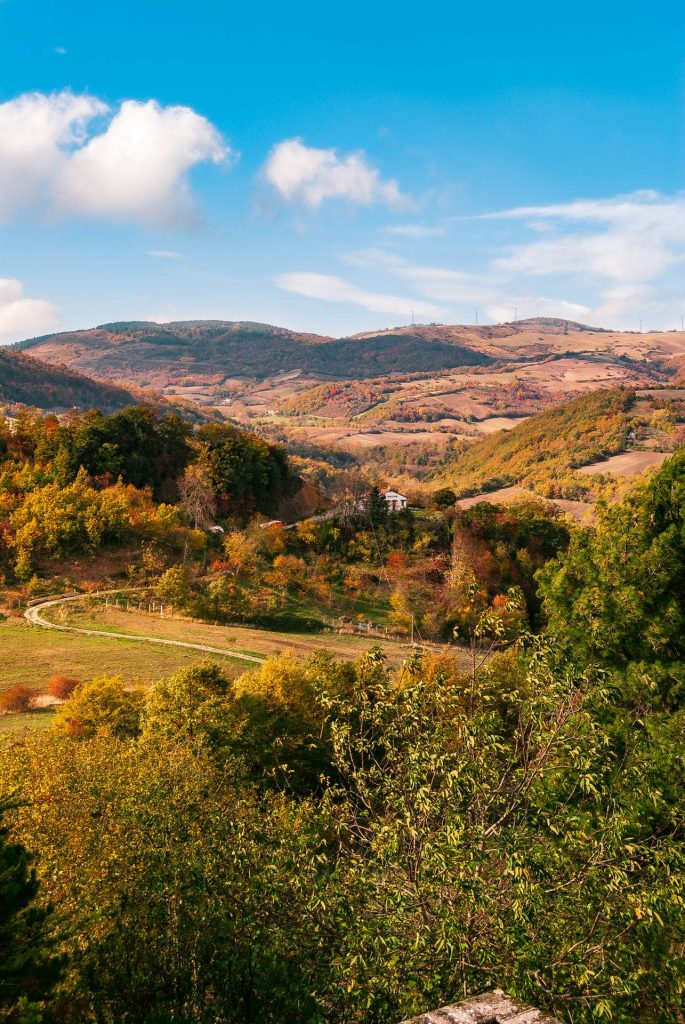 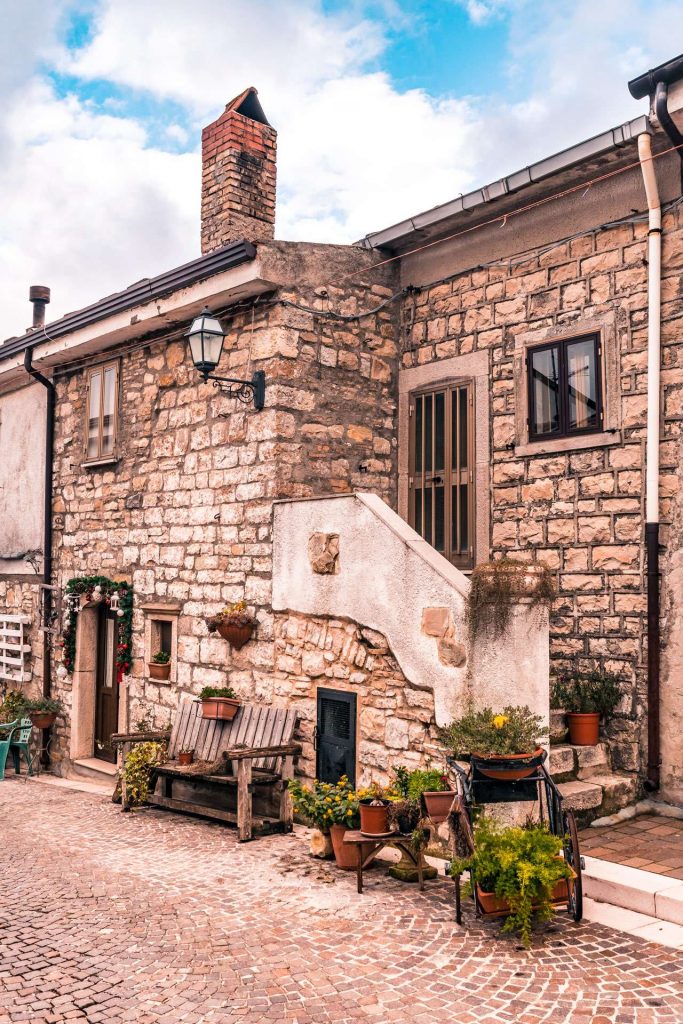 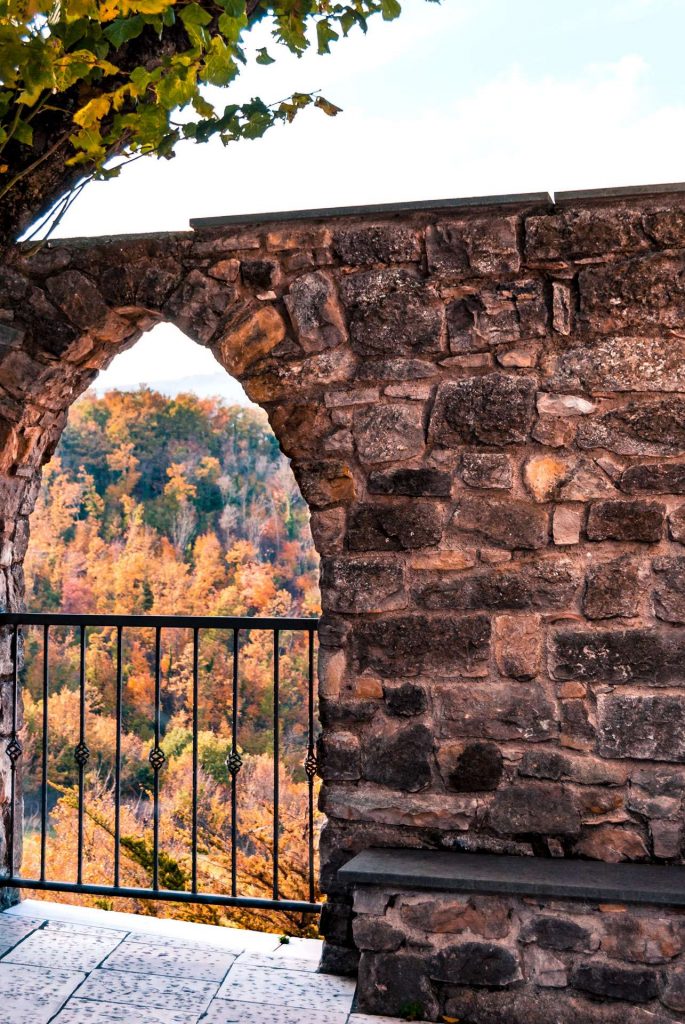 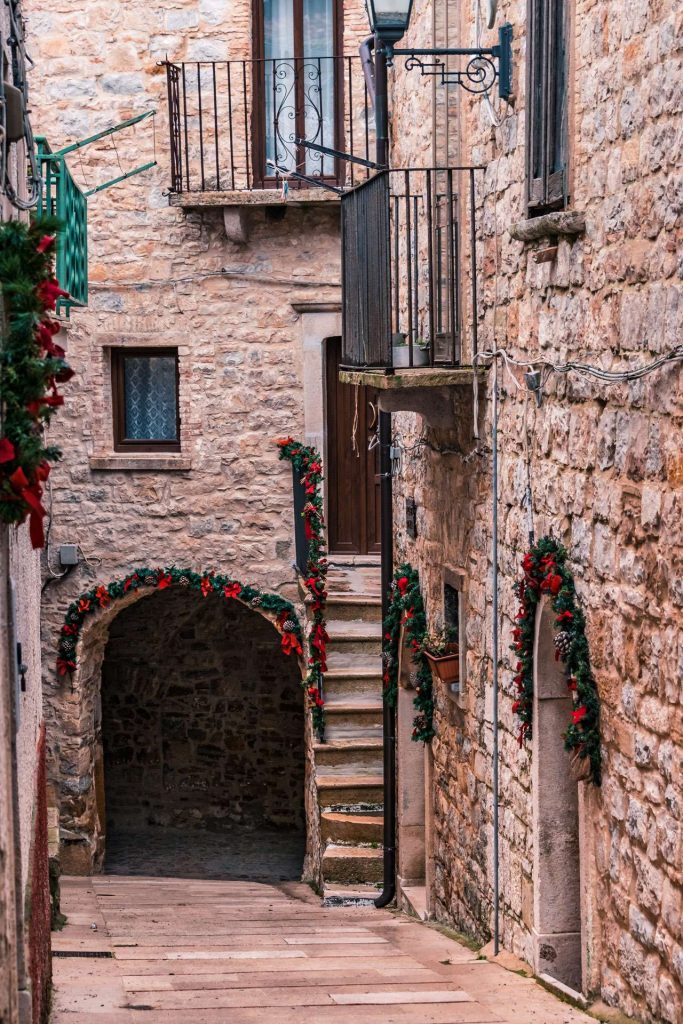 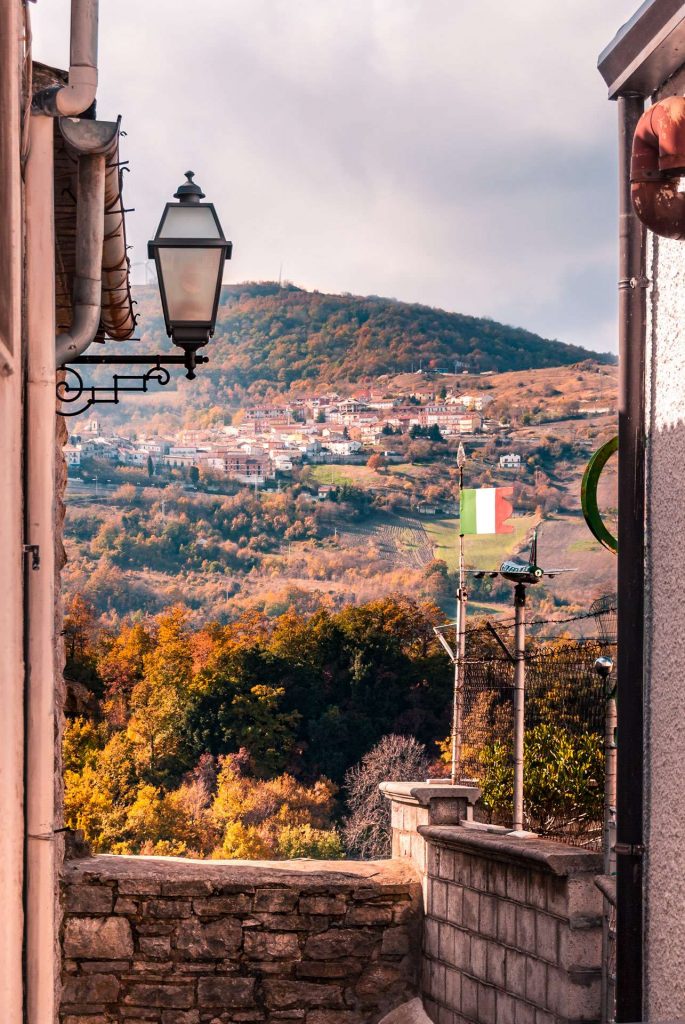 What better of great home made food after a trekking experience?

Celle San Vito is also famous for the traditional home made pasta Cicatelli.

We also learnt how to make Cicatelli, the first time we visited the cute village and it was great! 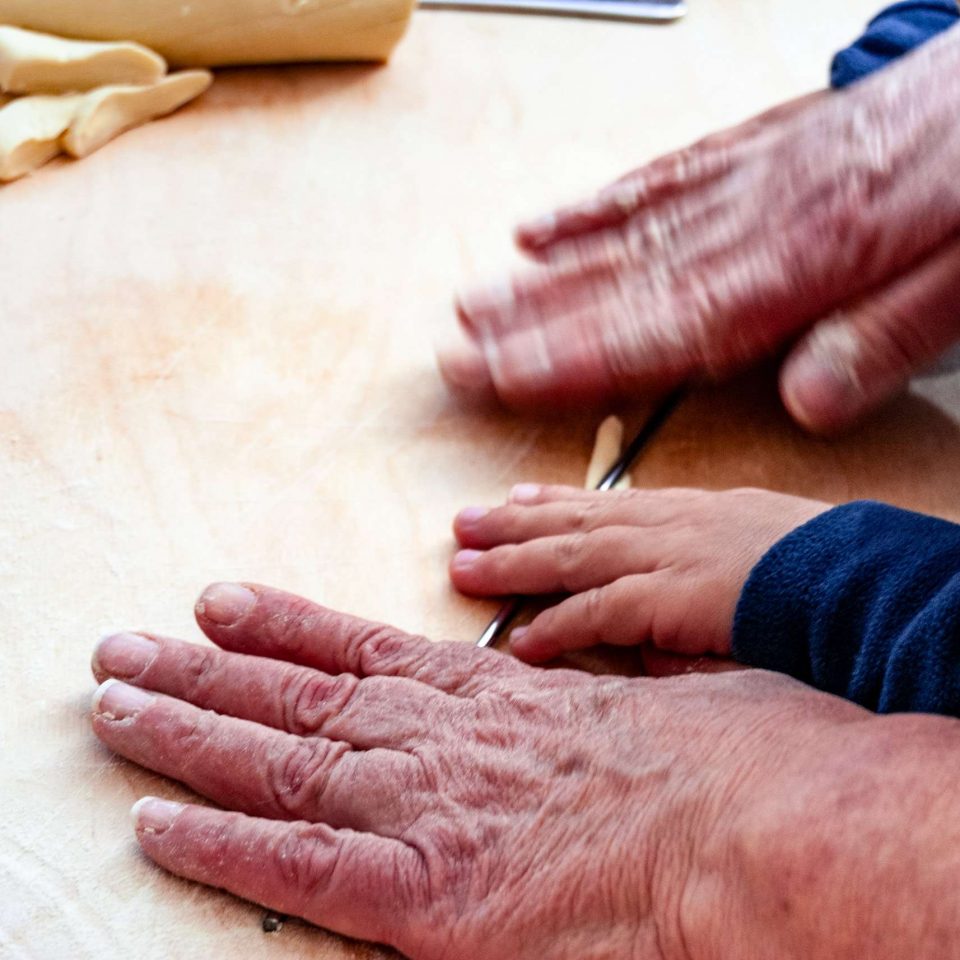 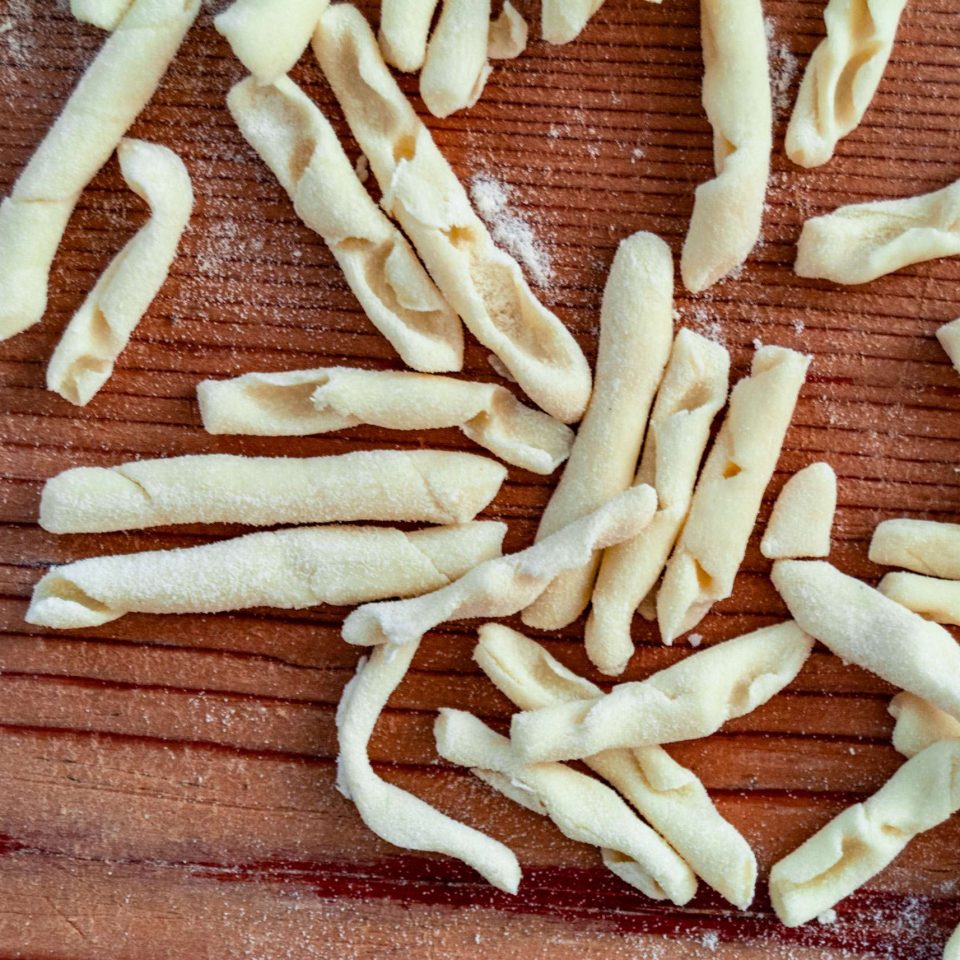 Well, actually we literally fell in love with Celle San Vito and we promised ourselves one day we’ll buy our little hermitage in this village.

We love to explore Puglia but sometimes have a rest in a quiet and folkloristic place is the best to get some relax and rest.

If you’d love to visit Celle San Vito and need support contact the Municipality by the form below!