This Archaeological Park tells the weightiness that the ancient Siponto achieved during the Roman era.

The ruins of the Early Christian Basilica of Santa Maria Maggiore remember us the importance of this diocese for the Region. Its architecture with three naves, the central apsis and the mosaic floor prove the magnificence of this Basilica.

Today on these ruins we find the huge Edoardo Tresoldi’s artwork “Where art rebuild the time”.

Tresoldi indeed rebuilt the Basilica of Siponto in 2016, with 4.500 meters of metal net in a enormous architecture 14 meters high and 7 tons weight.

This artwork gave to Siponto the glory it had in ancient times. Nowadays it is an important art and cultural site in addition to the religious relevance the site already had. 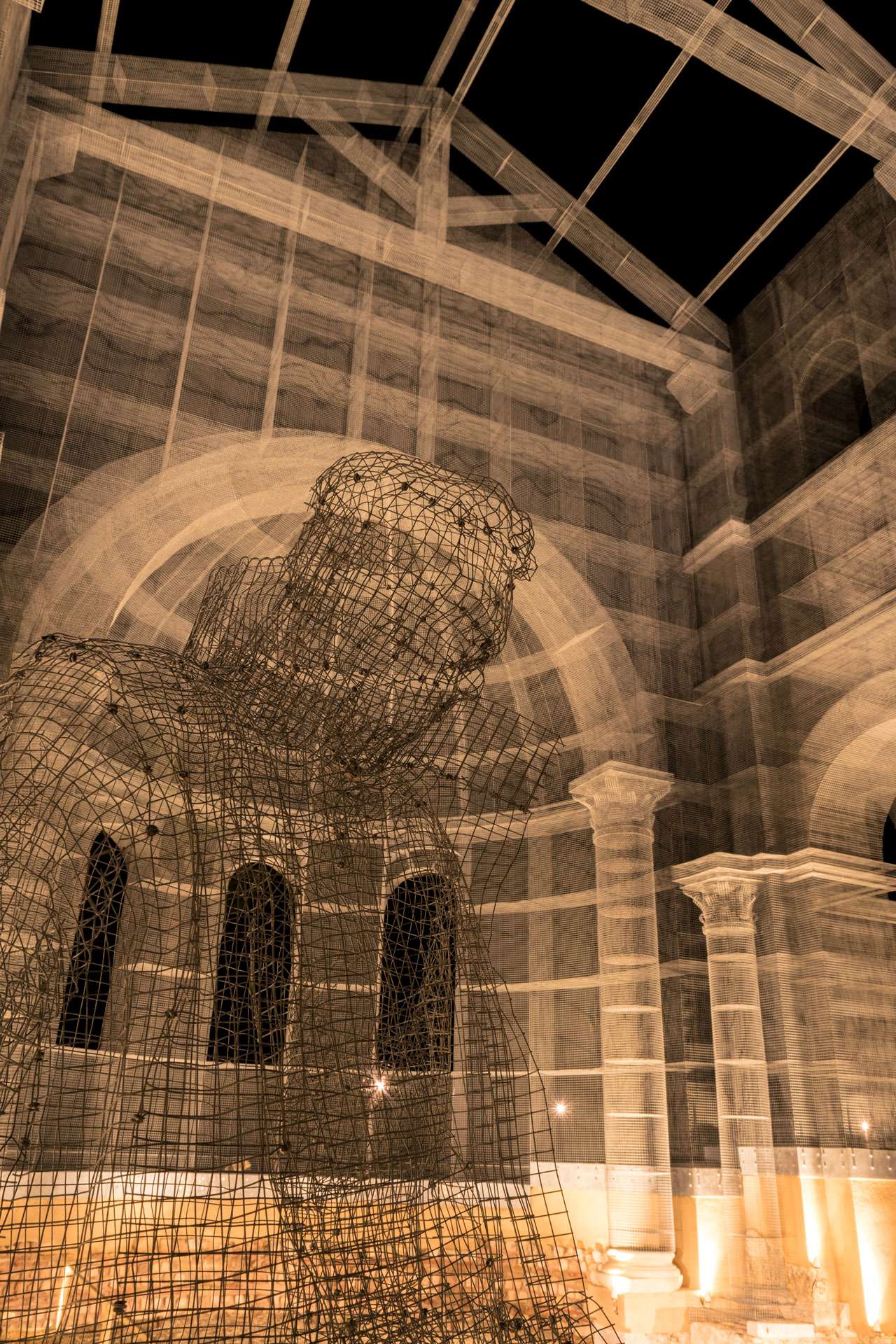 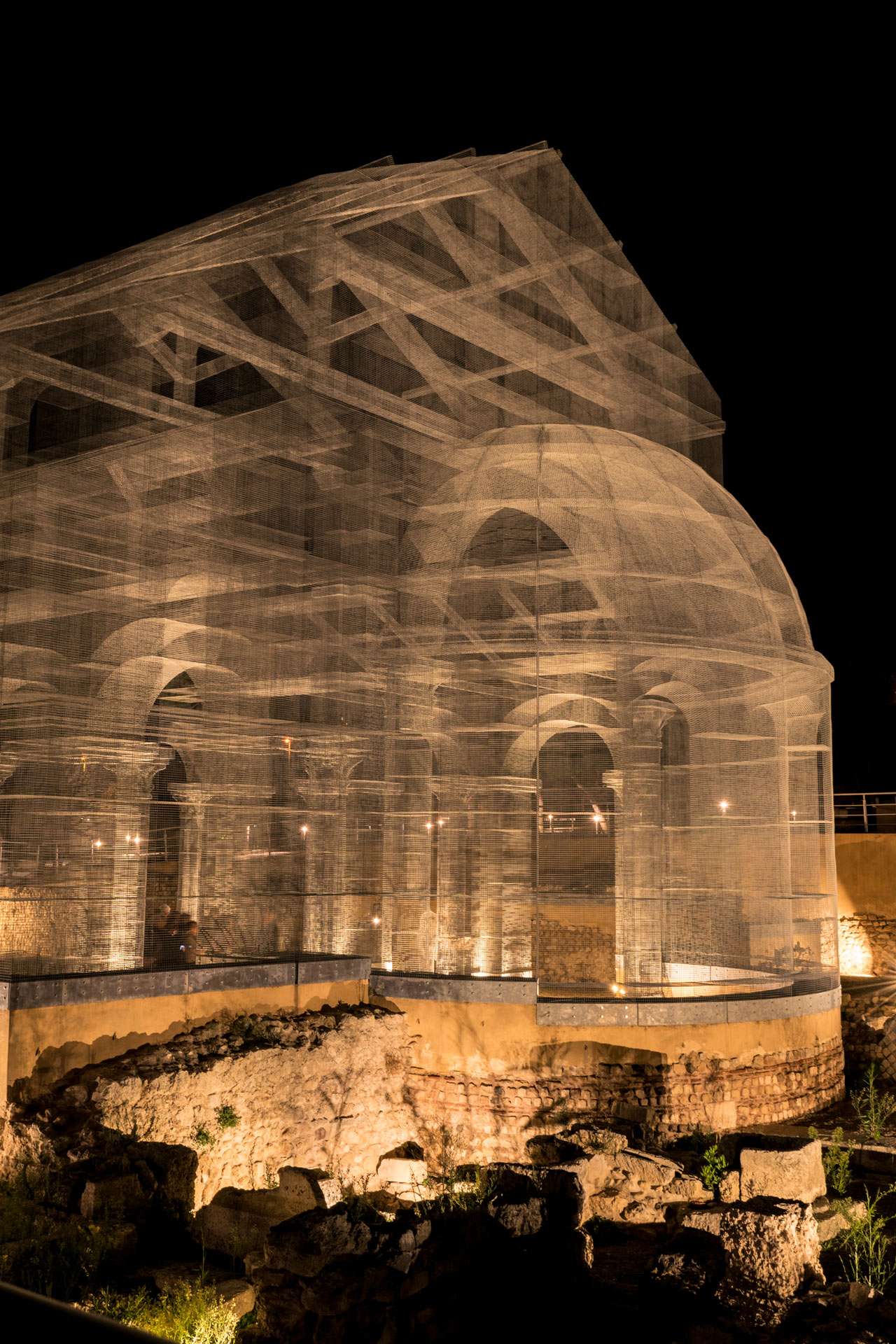 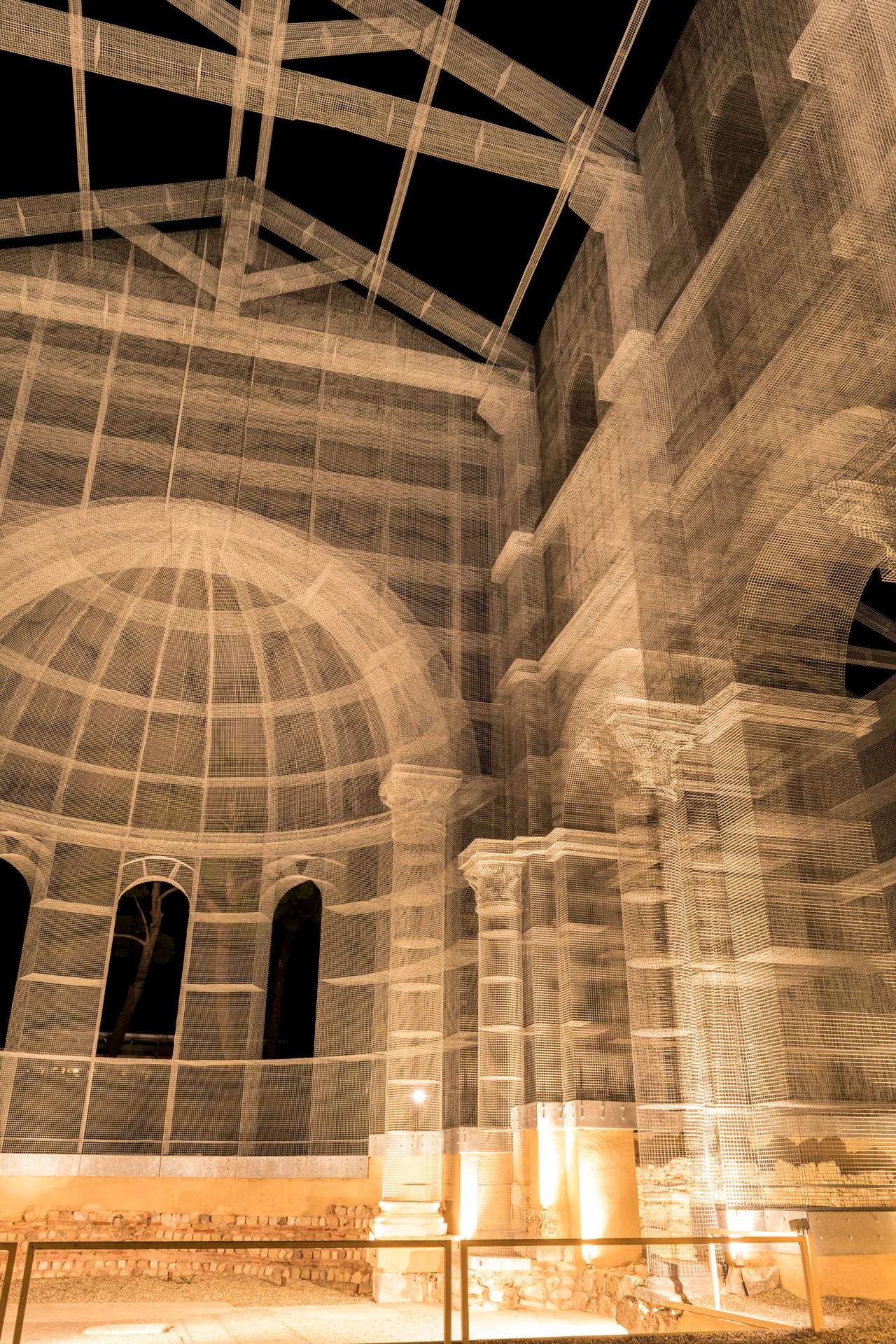 Moreover, beside the Tresoldi’s artwork there’s the younger Basilica built between the XI and XII century. The Church is absolutely one of the main cornerstone of the Apulian Romanesque Architecture.

It is a simple cube with a dome on the top and a crypt below with an external entrance which overlook the new metal Basilica.

Part of the Romanesque Basilica of Santa Maria Maggiore was build using the remain materials of the ancient Siponto: columns, capitals and decorations.

Beautiful and very typical is the front facade with the fine archway supported by two columns laying down on two zoomorphic figures.

The same stylistic approach was uses to build and renew the inside of the Church, which is absolutely fascinating. 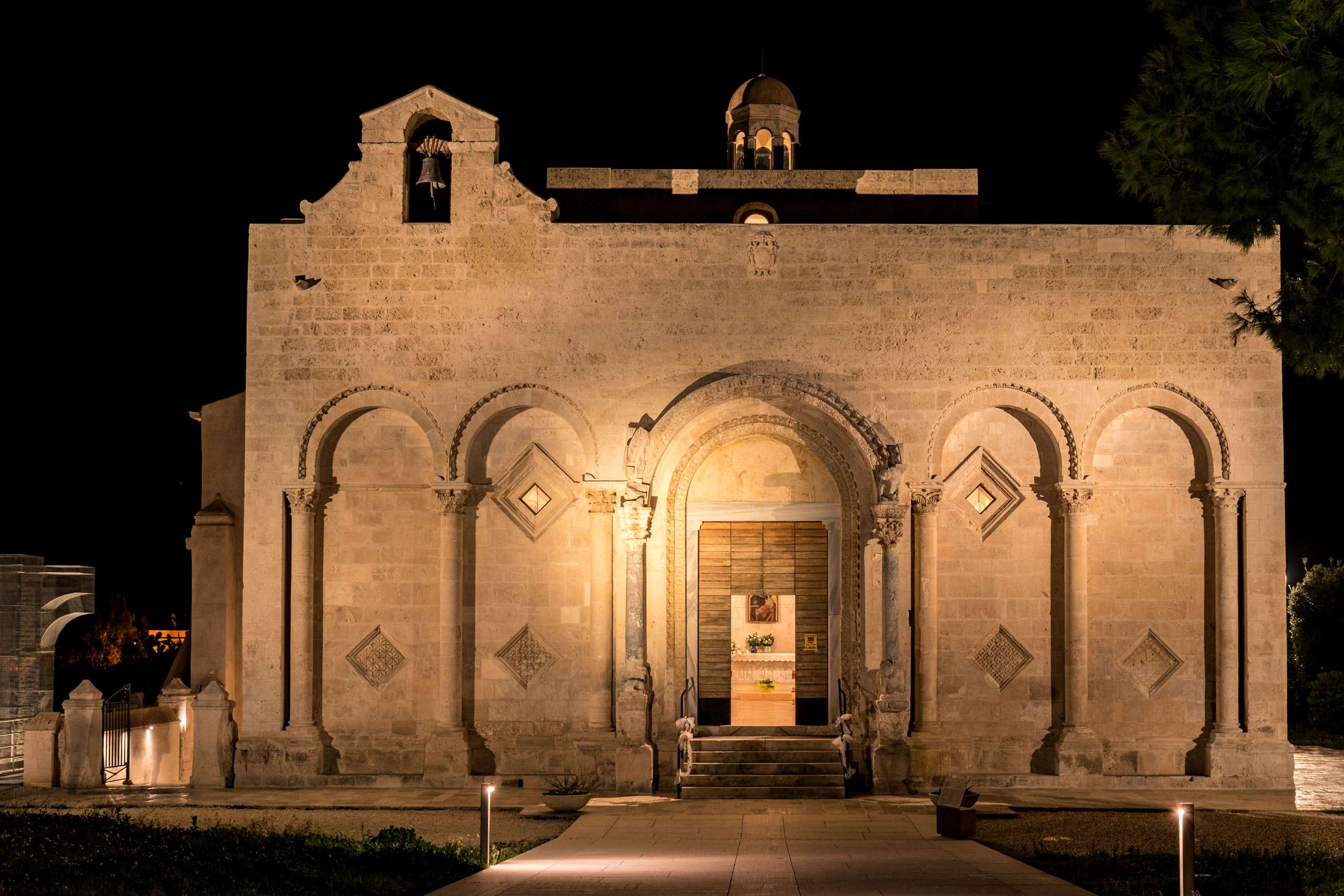 The Archaeological Park of Siponto is three km far from Manfredonia, which is the main town close to this site. But consider that also Foggia, the main town of Northern Puglia, is quite close and offers a lot in terms of art, culture and also natural experiences.

Furthermore, nearby the Basilica there is the Salt Mine of Margherita di Savoia. It’s one of the most important Salt Mine of Italy and also a charming place with its pink water, white hills and the amazing flamingos.

The day we visited Siponto, indeed, we also visited the Salt Mine and had the lucky to watch a great sunset reflected on the mine water.

These are two incredible sites for photography lovers as we are!

If you’re looking for unconventional places to shoot, Siponto and the Salt Mine give always cool opportunities.

Concluding, if you want to reach the Archaeological Park of Siponto just click on Reach me above, or on the map below.

Instead, for more infos or to book a guided tour contact the Management Authority by the contact area below.