Hello guest, Log in or Register
Location: Bari, Land of Bari, Polignano a Mare
Get directions Send a message Call

Bari is a very charming city, the third one for population of Southern Italy.

The contrast between the folkloristic old town and the cozy city centre full of branded shops and polished aristocratic buildings is incredible.

Walking through the streets of Bari means feeling the local culture, history and tradition, art and architecture, but also typical food. 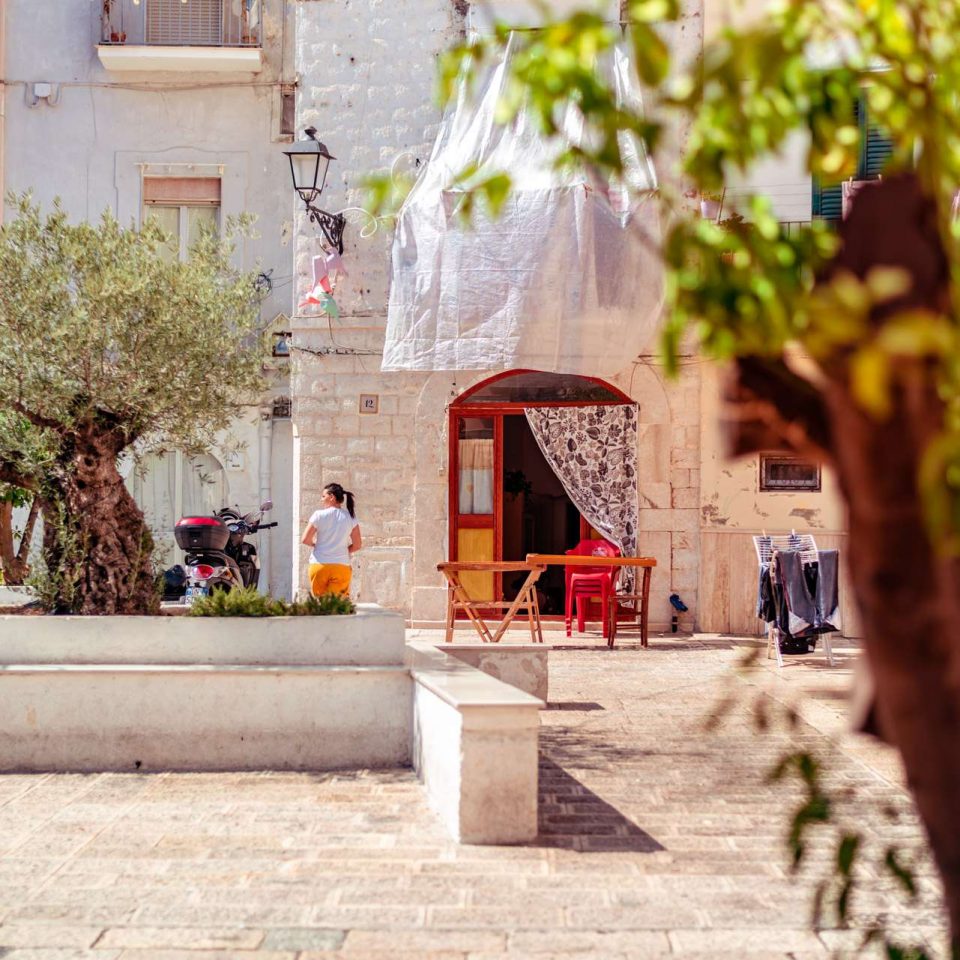 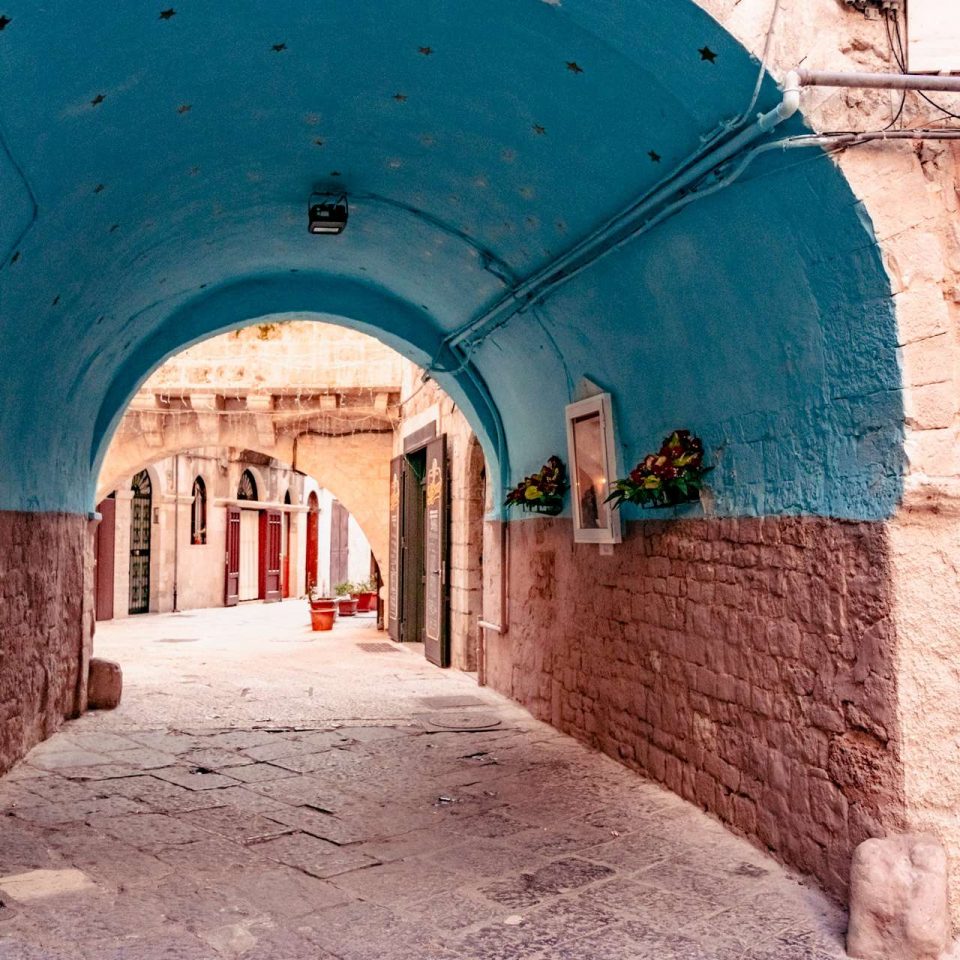 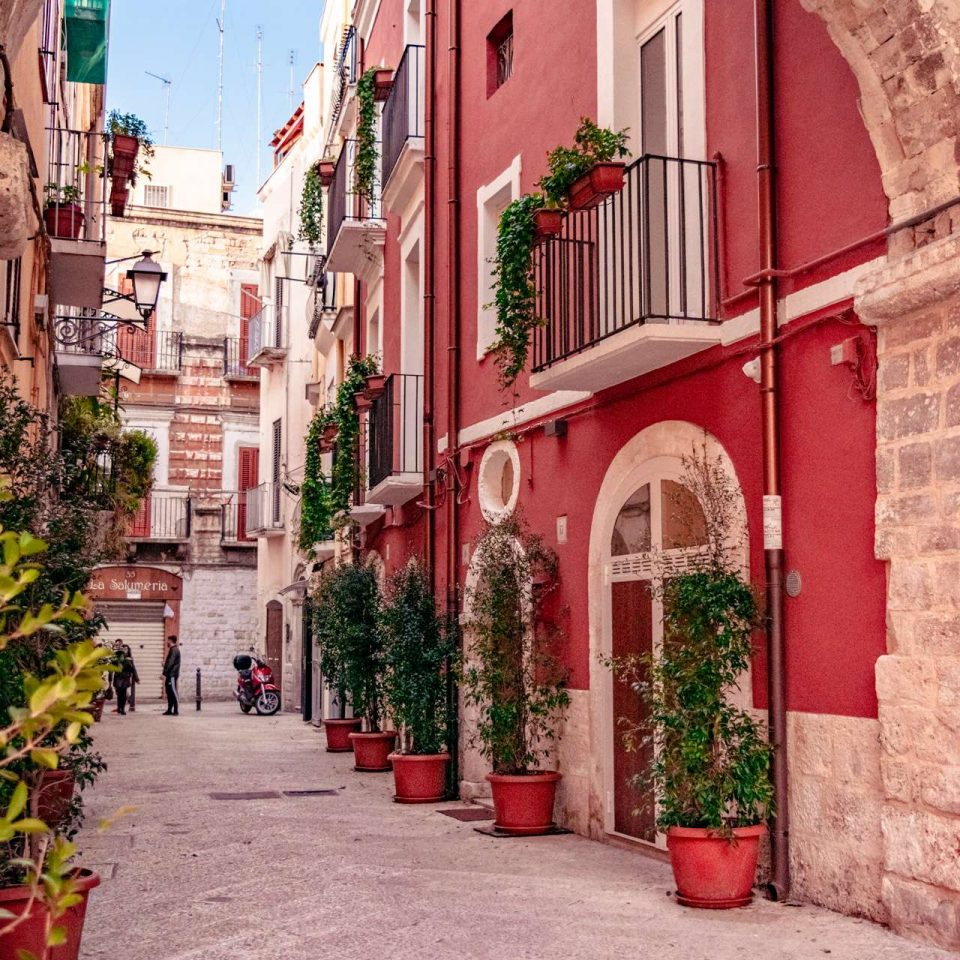 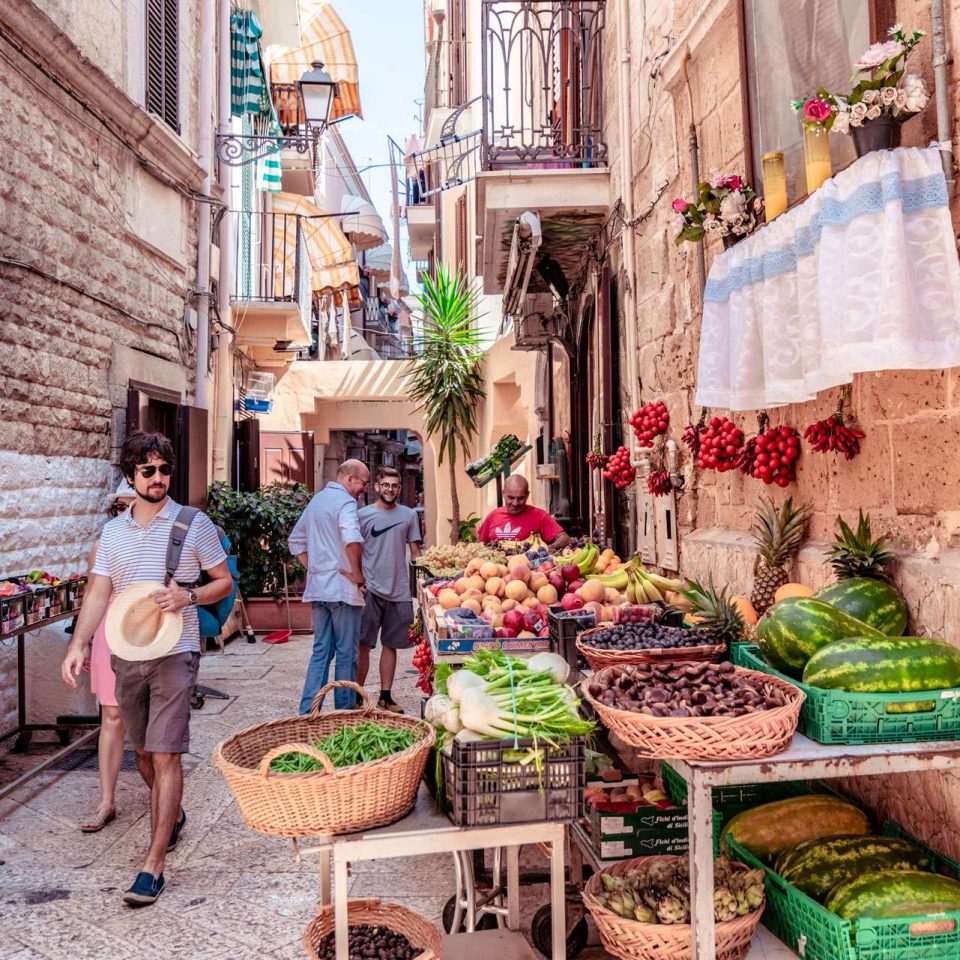 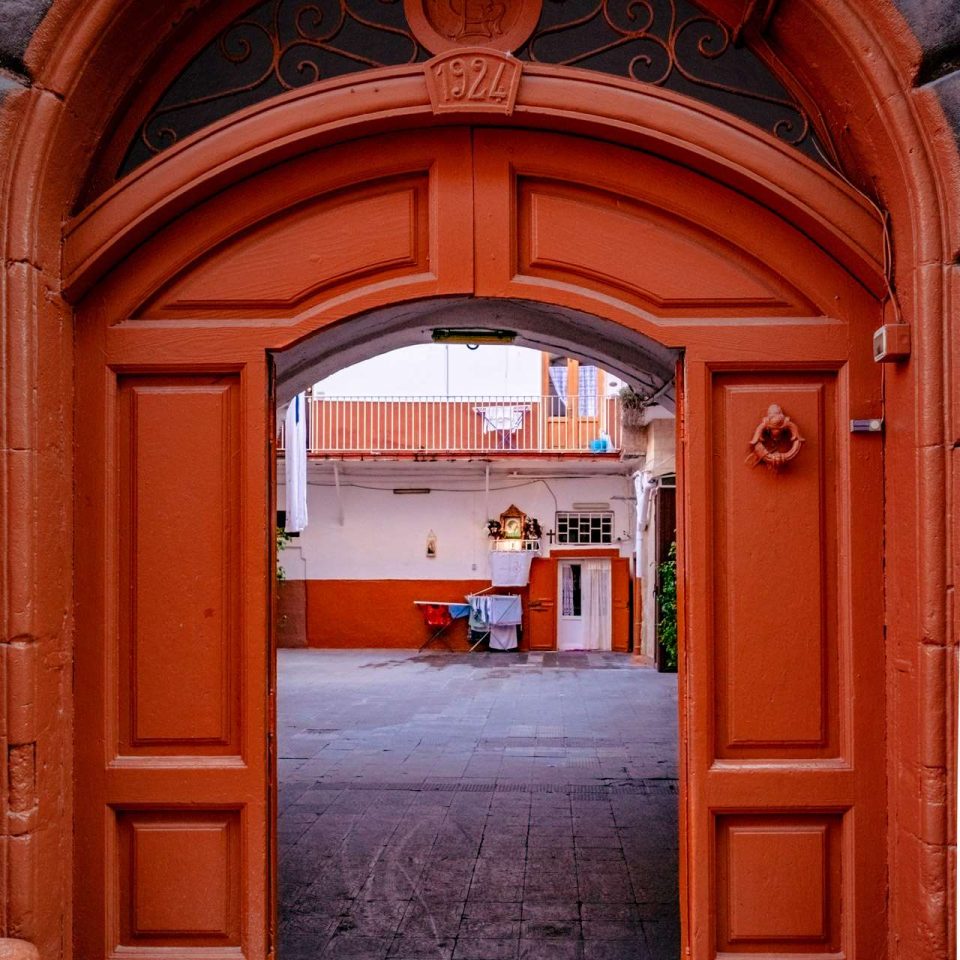 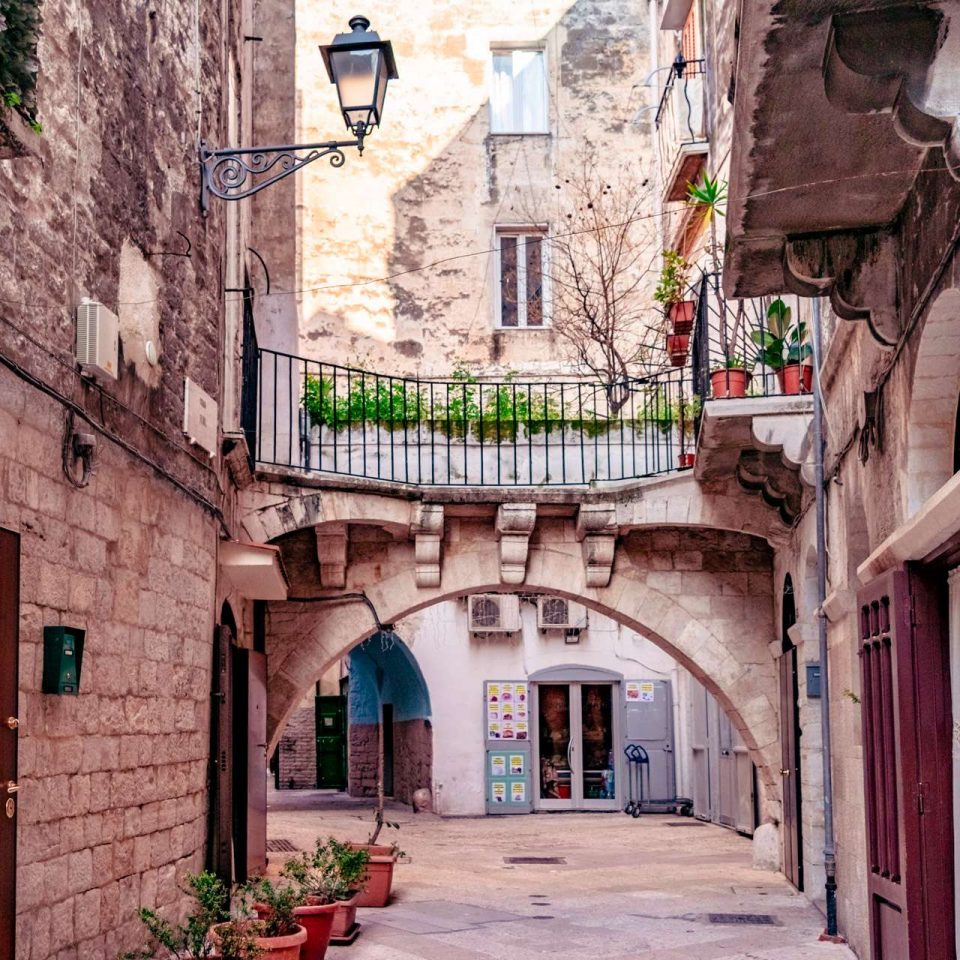 A bit of its history

Bari city, located in Puglia Region, Southern Italy, in the old days called Barium (latin name) has been developed on the Adriatic coast, after the Via Traiana was built.

None knows the exact origins of the town, probably the Bronze Age or a colony of Crete.

Surely it’s developed under the Roman Empire. Then it was dominated by Arabians and Normans, but it reflourished under the Swabian domination, when Frederick II has built the magnificent Swabian Castle as gateway of the old town. 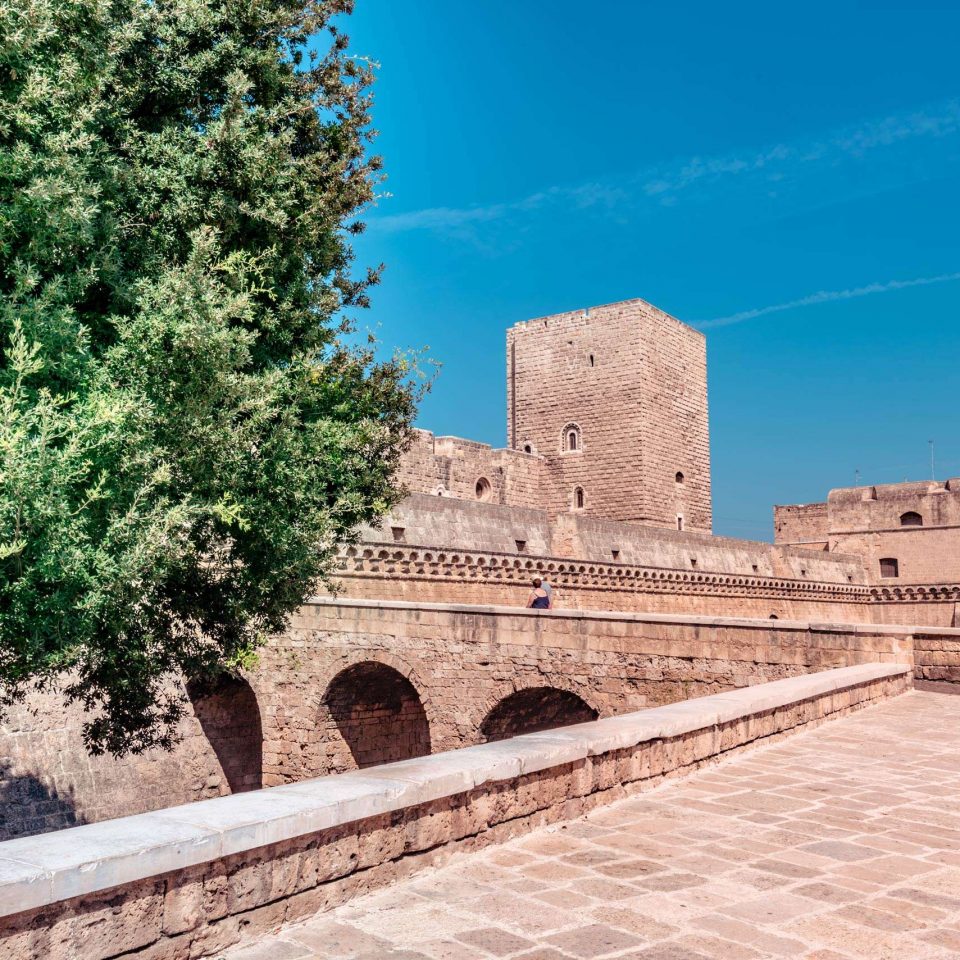 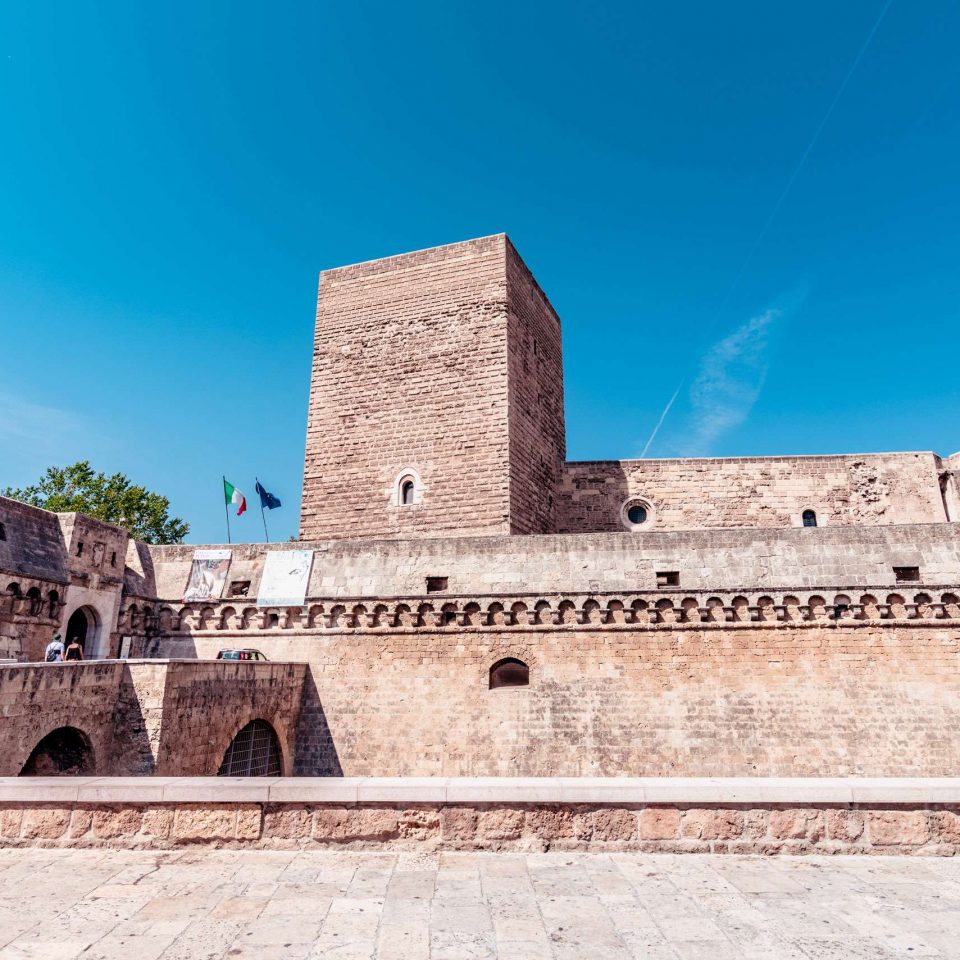 After years, all the impressive buildings on the beautiful seafront were built under the Fascist Regime. One of those is the majestic building of Fiera del Levante, the international fair which still give to the city an important and strategic role connecting all the Mediterranean countries.

Well, as you imagine Bari is an ancient city featured by a very important history.

It’s easy to enjoy the city centre and the old village by walk or riding a bike. These slow tours could be the right choice to admire the historical buildings, both religious and residential, rupestrian churches and hypogea. 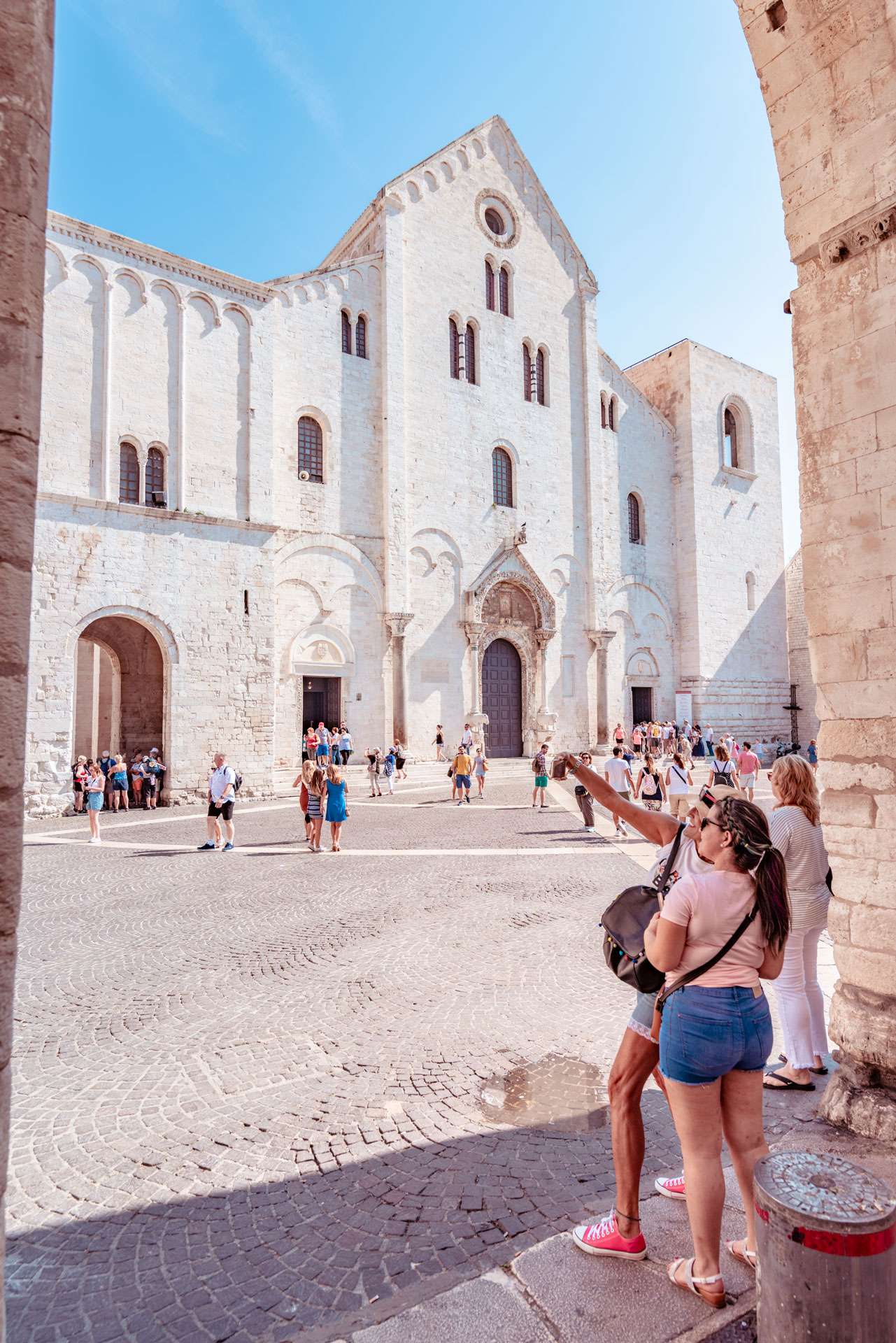 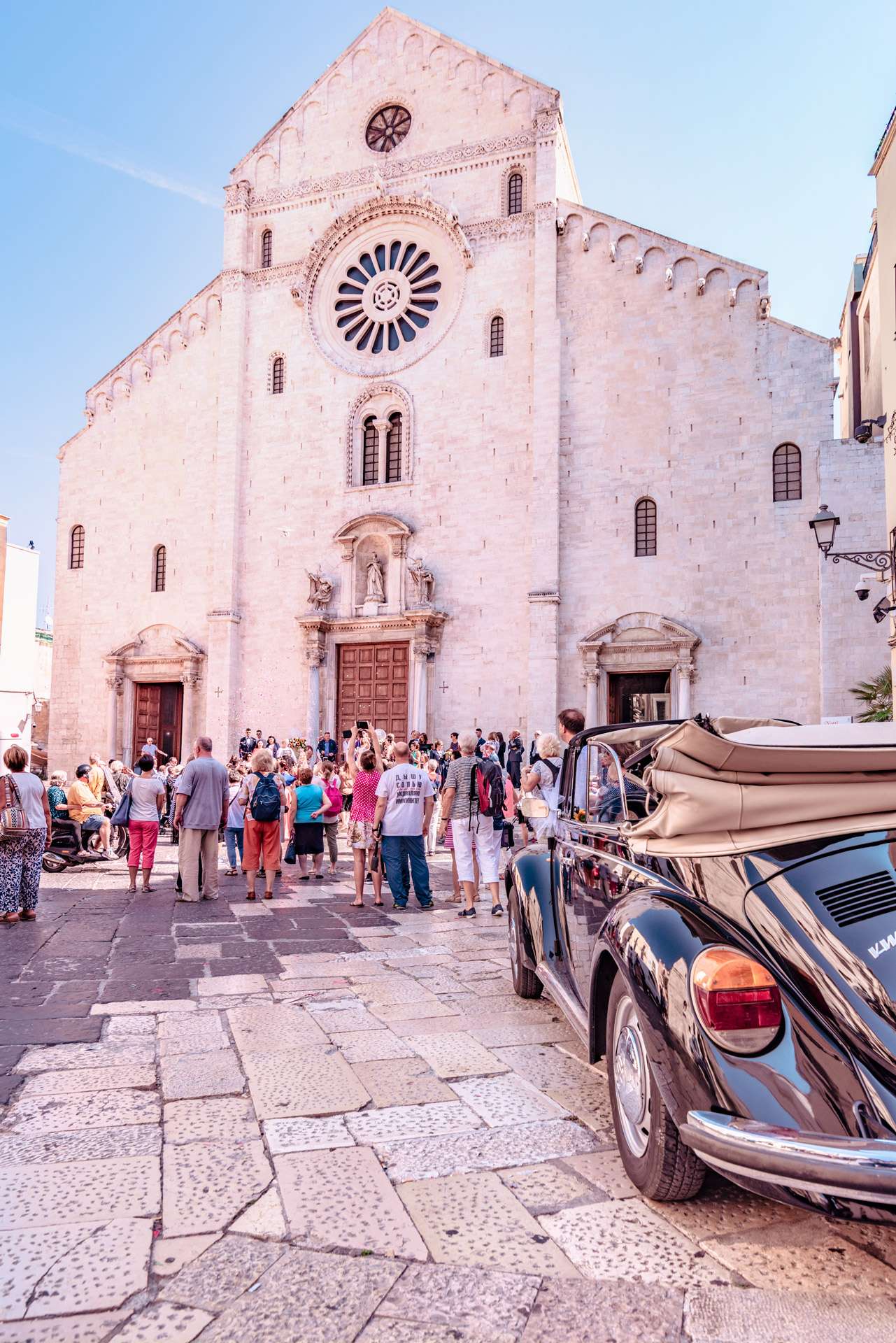 It was built during the 11th century and remodeled several times over the centuries. It is an important destination for religious tourism.

Pilgrims from all over the world come in Bari, especially from Eastern Europe to pray on the foot of the Saint Nicholas’s tomb beside the Russian Orthodox Chapel.

Few steps from the Swabian Castle and the Basilica there’s another extraordinary sample of Apulian romanesque architecture the Cathedral of Saint Sabinus. The Cathedral with its baroque crypt its one of the most important jewel of Bari city. 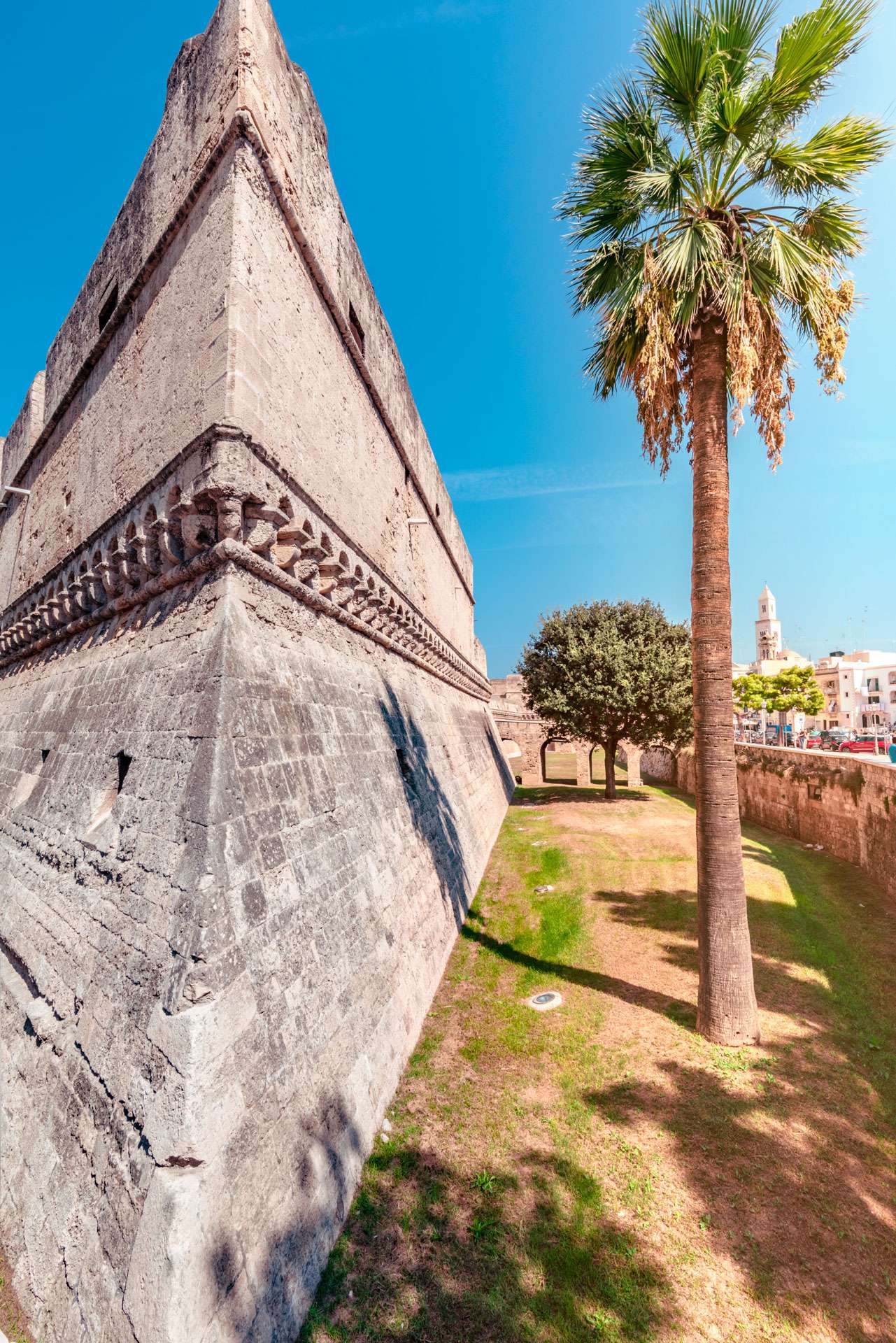 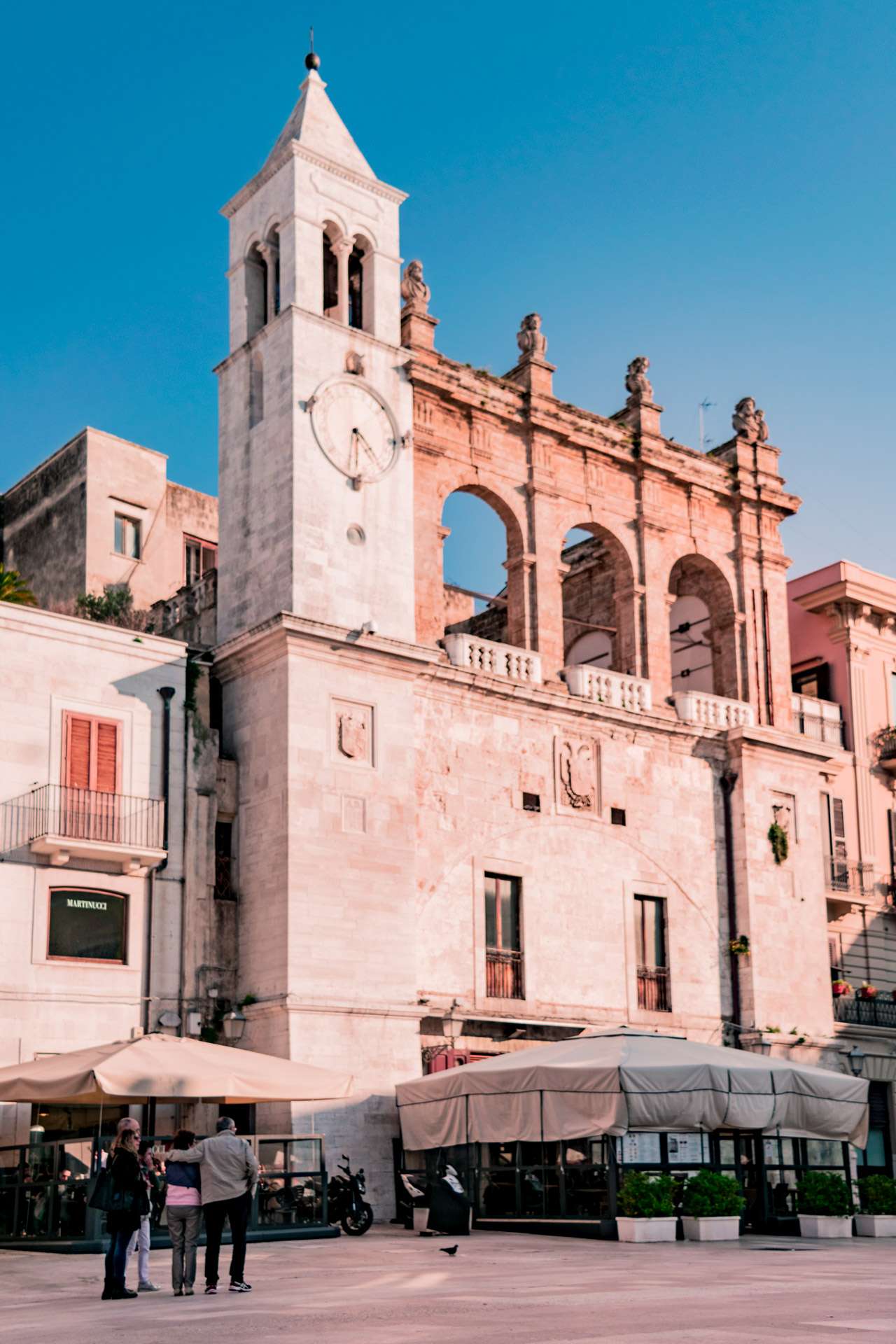 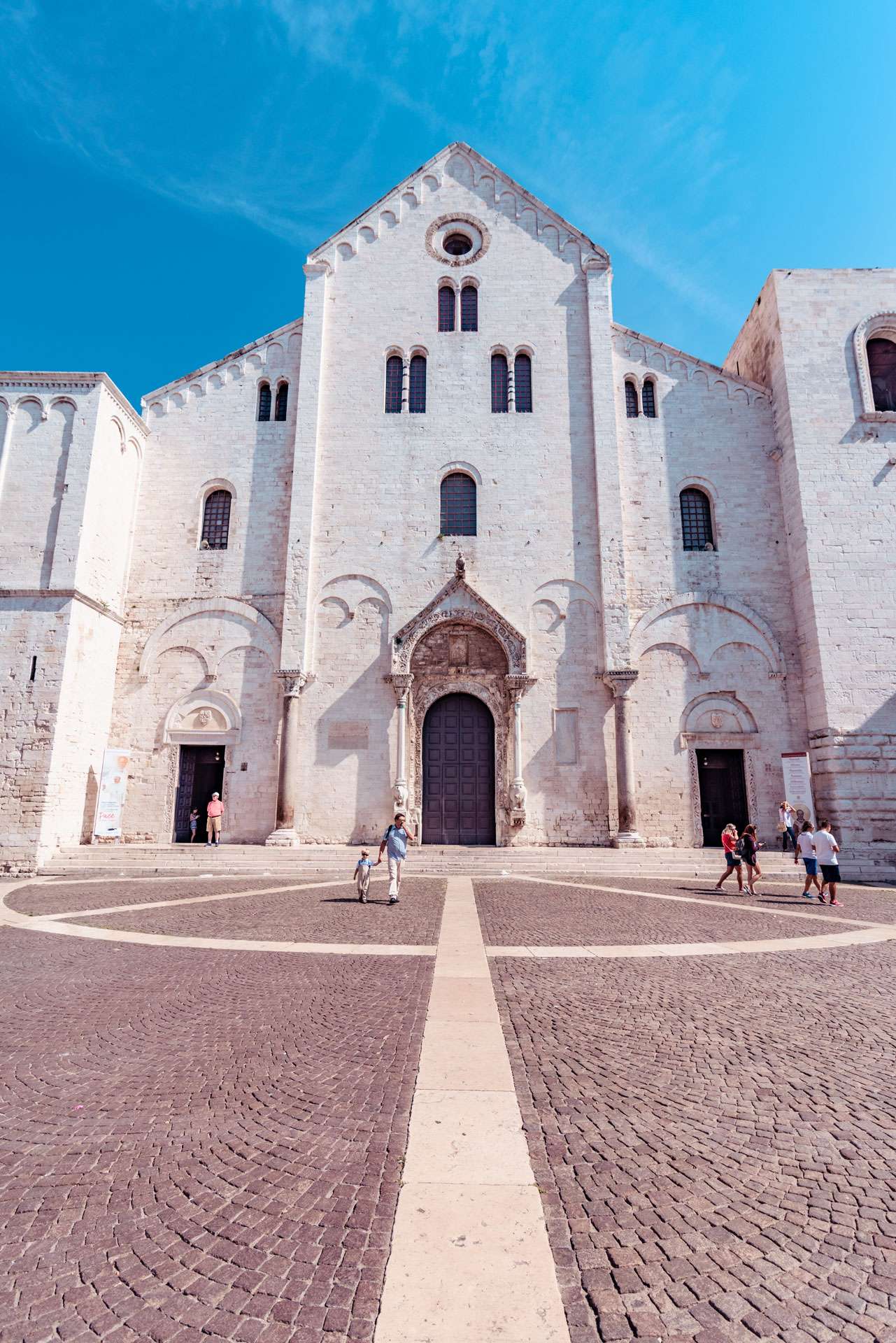 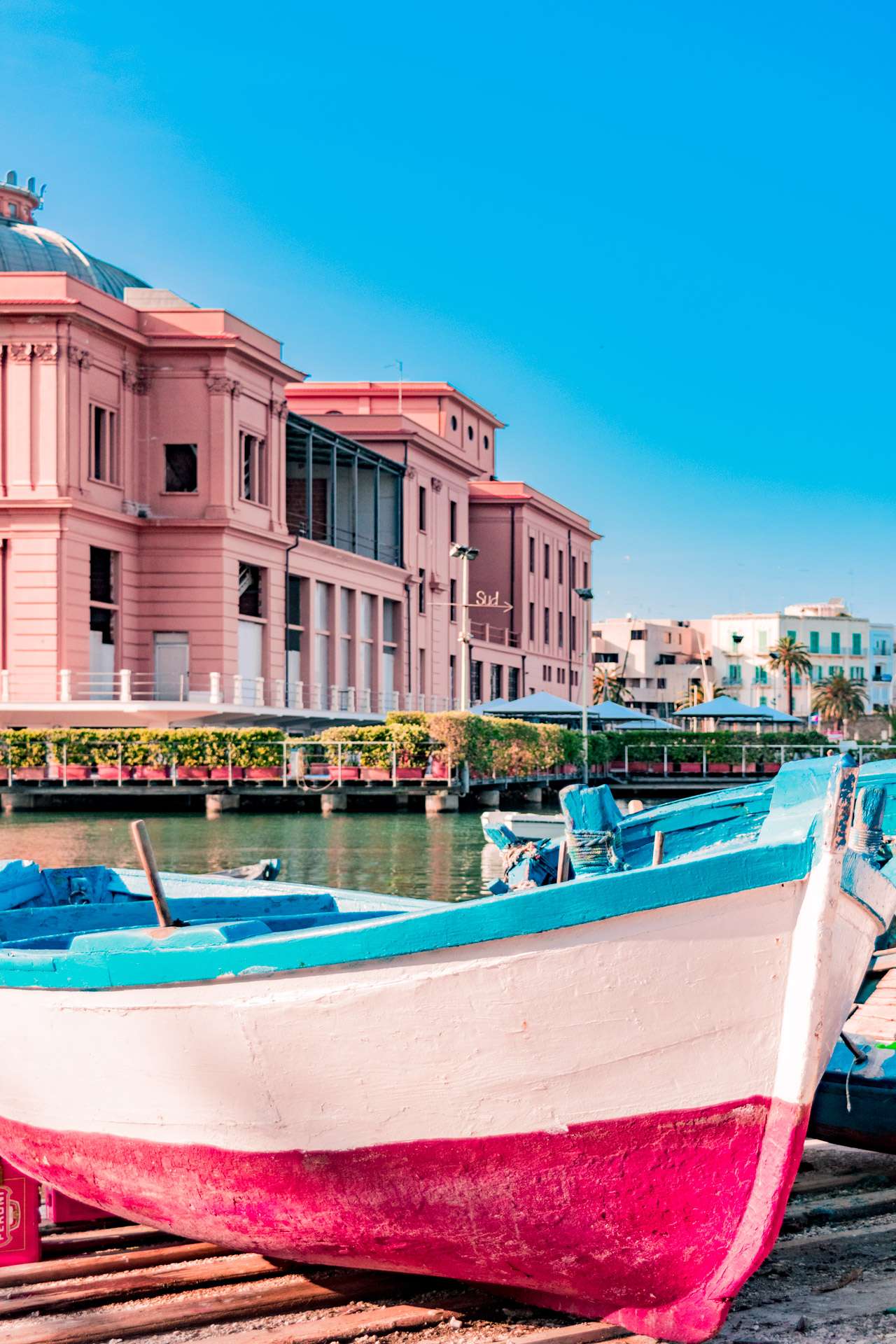 The Murat district, with art, culture and posh streets

Anyway Bari is also famous for its cultural and artistic scene.

Close to the old town, just on the border, there’re many historical theaters.

Probably the most iconic for its history and color is the Petruzzelli Theatre, but no more than the Piccinni and Margherita Theatre which became a Museum of Contemporary Art.

Bari is not only art, history and ancient culture, a great social live waits you.

The posh Murat district is the modern city center. Via Sparano, Corso Cavour or Corso Vittorio Emanuele and the streets around offer many branded shops, attractions, cafes and restaurants. 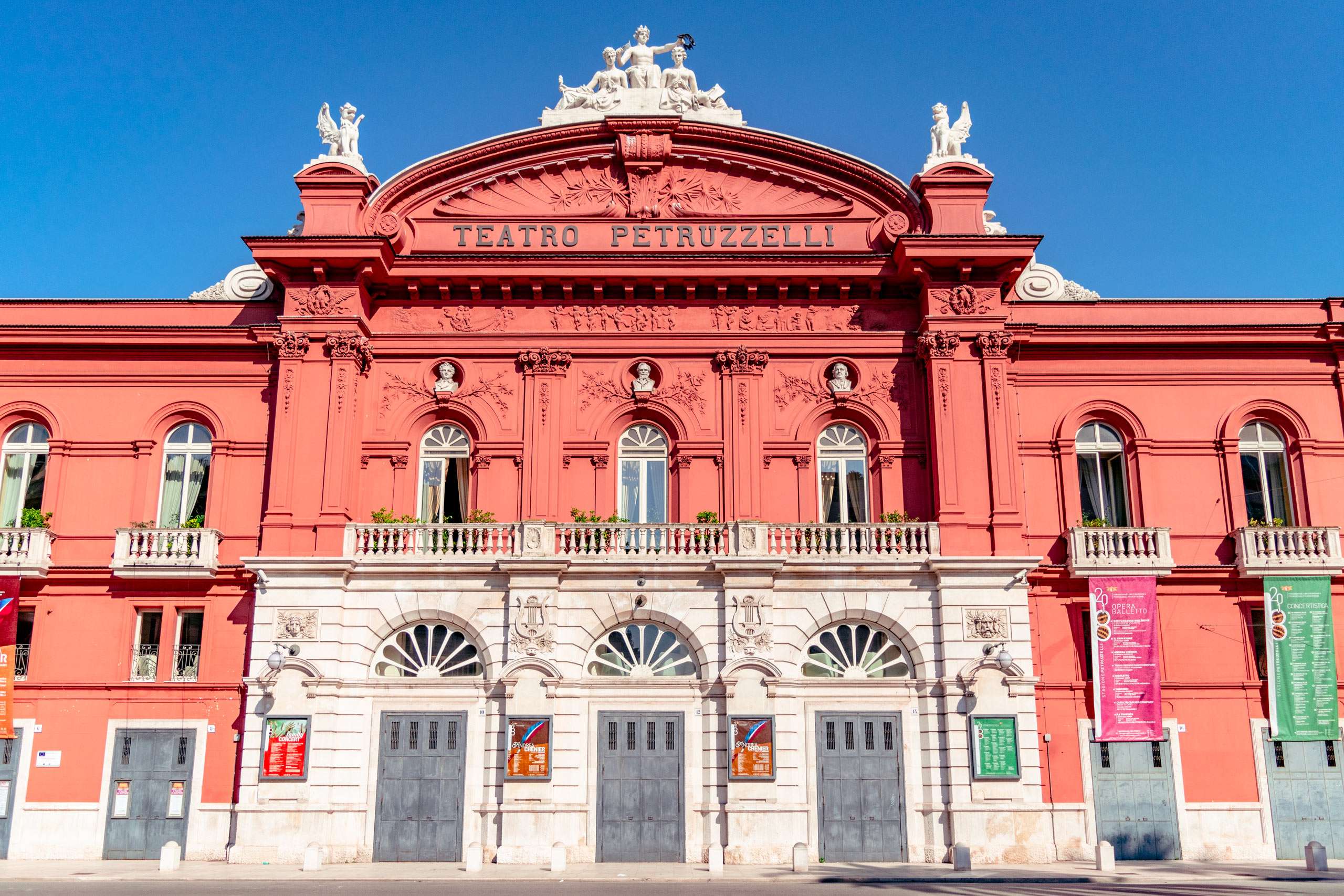 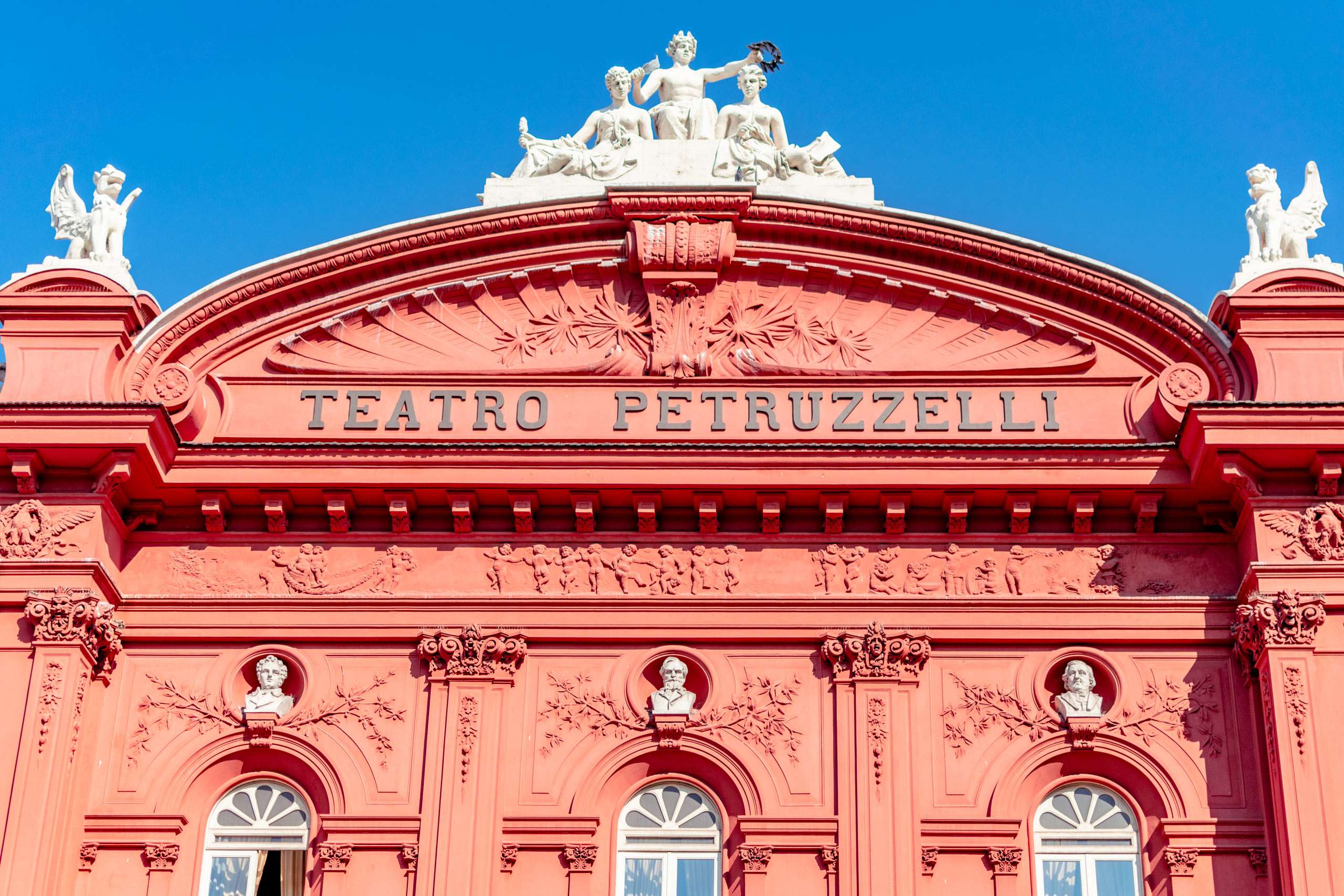 Obviously Bari has its own culinary tradition.

Almost everywhere you can taste the typical Bari food. Focaccia, panzarotti, sgagliozze, popizze are example of simple and poor street food, but many are the dishes and delicacies. You can taste them in almost all the restaurants, trattoria and osteria in the old town.

One tips to you!

Every Sunday you can taste fresh and raw fish at a little fish market on the jetty Saint Nicholas also known as N’dèrr’a la lanze. Here you can easily touch the folklore and local culture while you admire the docked typical fishing boats. 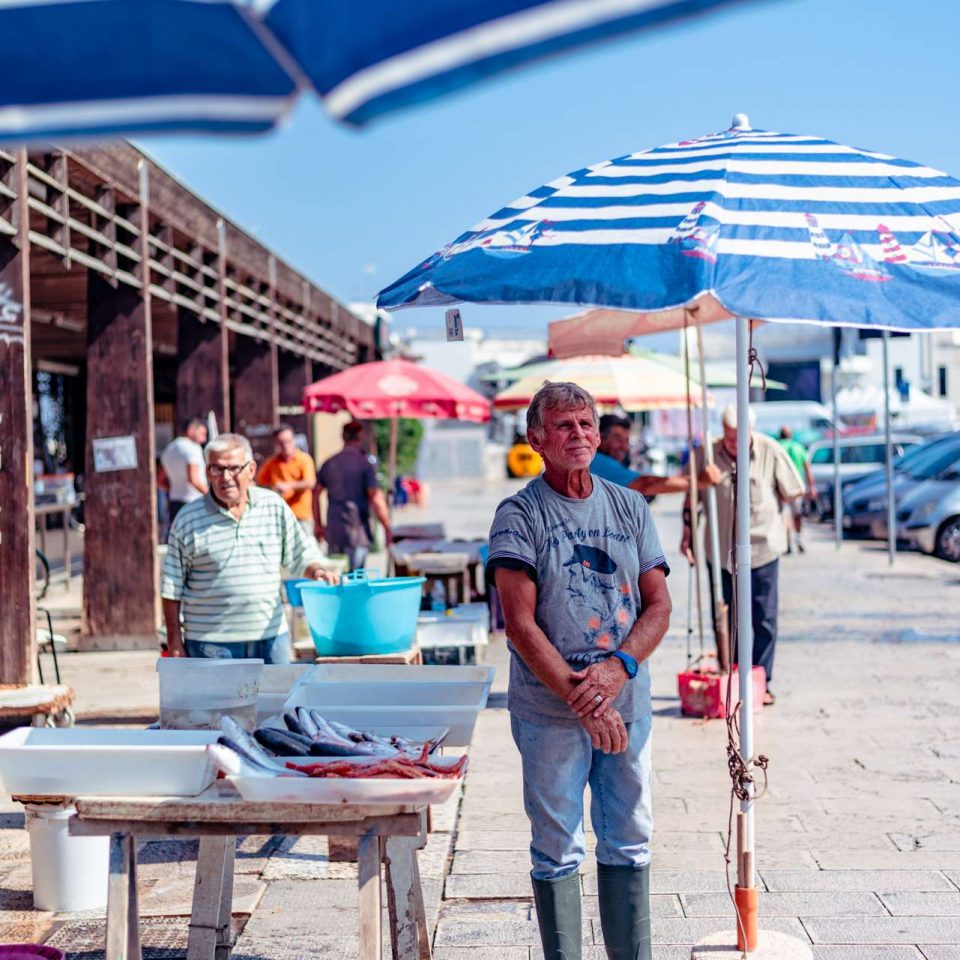 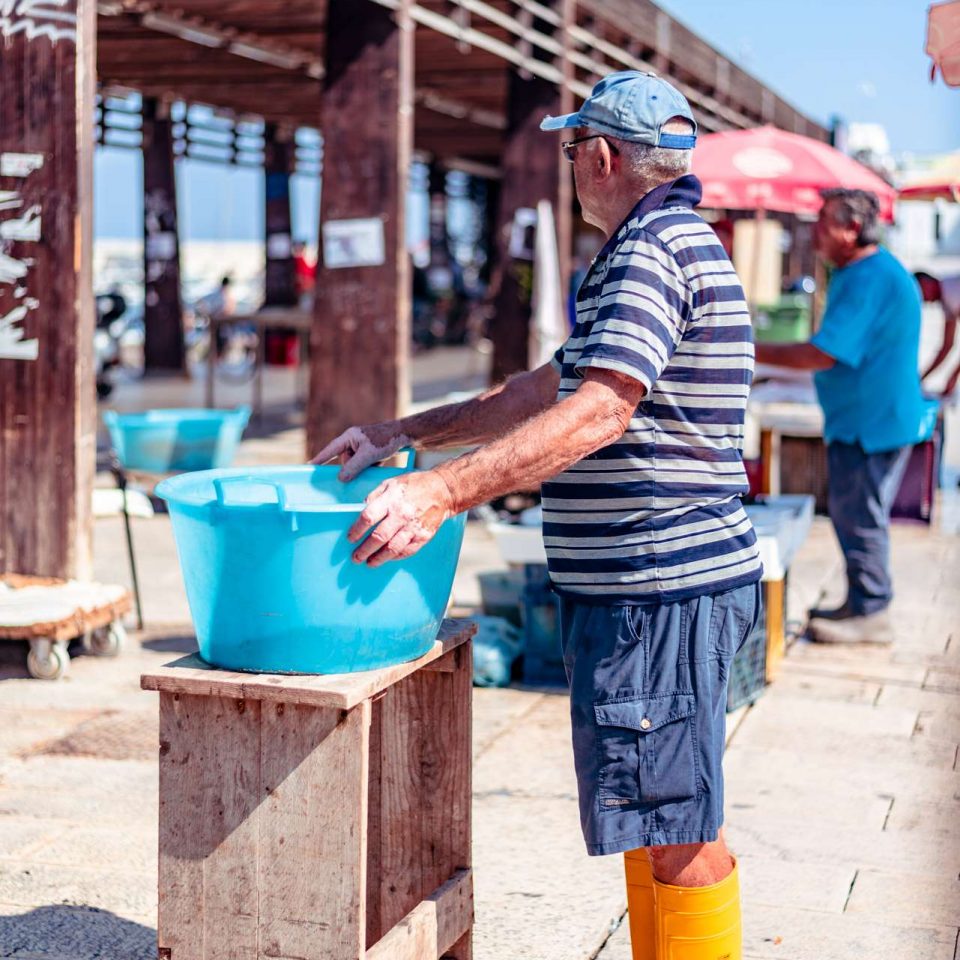 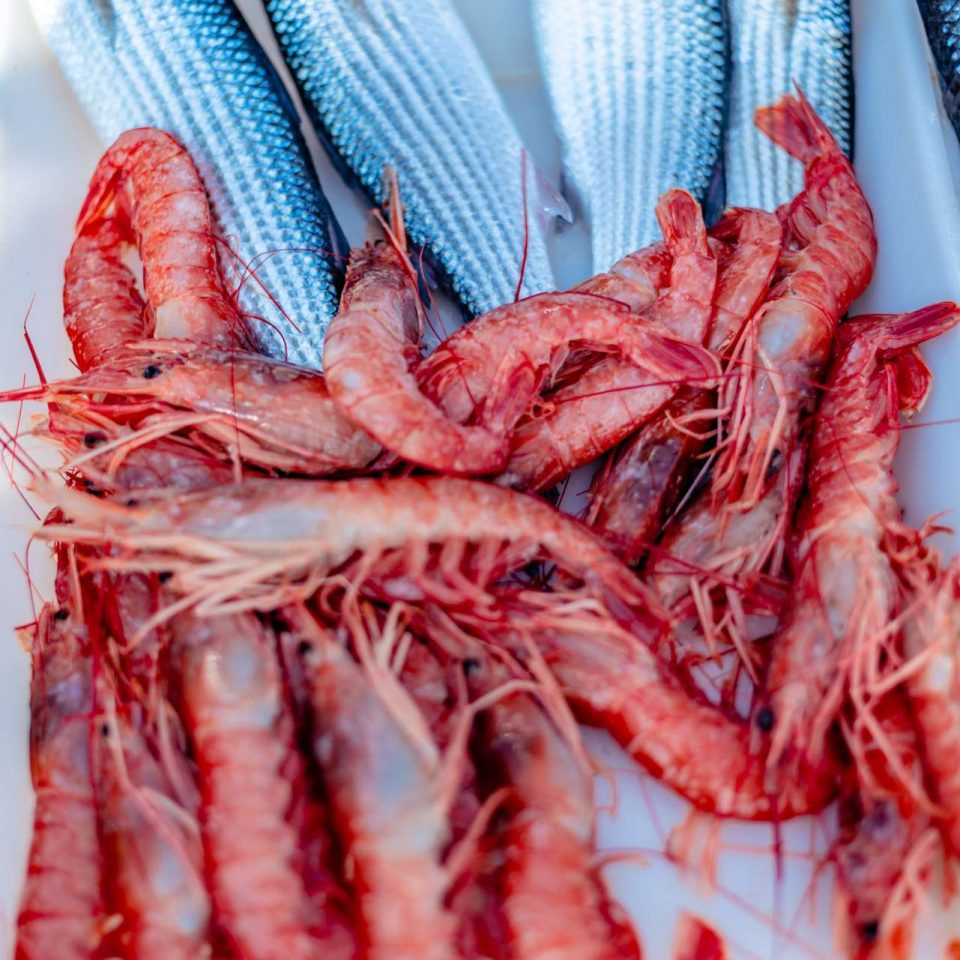 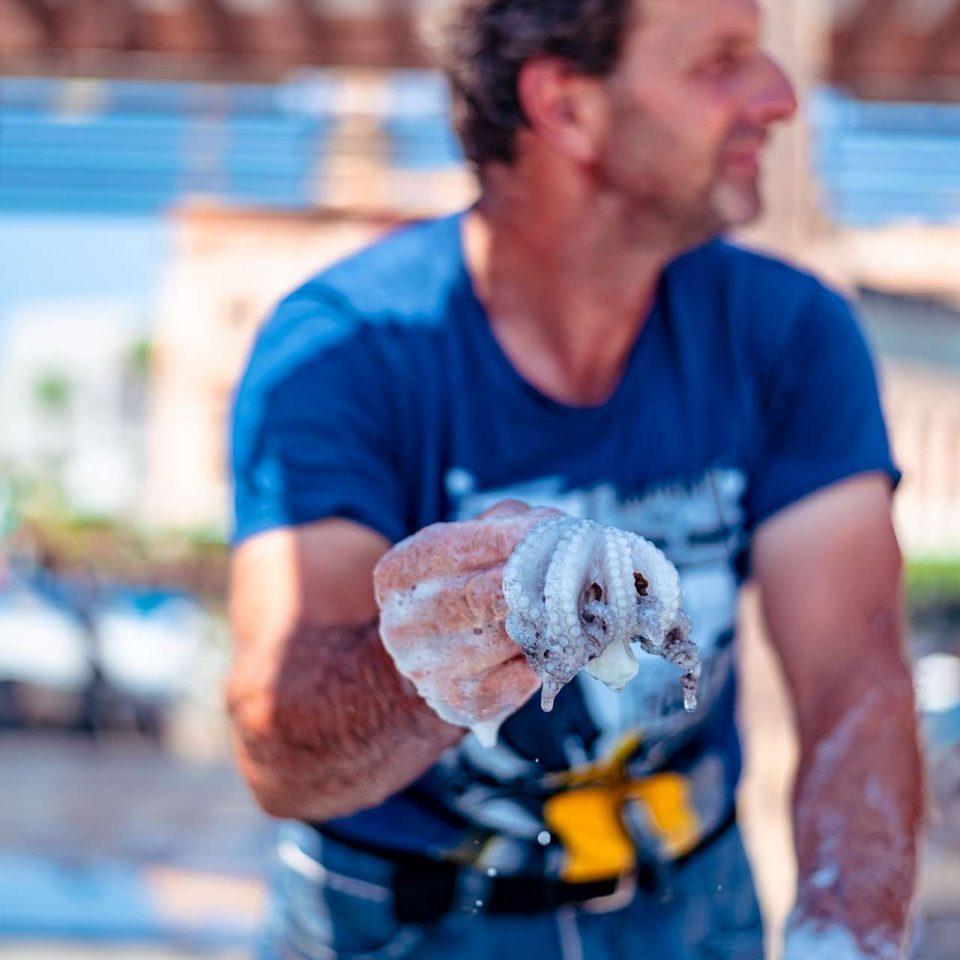 Well, talking about Bari city is hard, many places to visit and thing to do here.

We live in Bari and there’re still places we never visited, but it’s a special city.

It’s a little melting pot, many cultures cohabit in this great city, even if it is a small city compared with the big metropolis’.

Bari is our own city and we recommend to write down it on your bucket list. Come to visit Bari and its beauties.

To arrange a guided tour or have more infos about specific places just contact the local Info Point using the contact form below.