Castel del Monte, is probably one of the most famous cultural site of Puglia. Its architecture and its history are the strengths of this magical Swabian Castle.

It is located in a strategic position, built directly on a rocky hill. It seemed to dominate the Kingdom of Sicily.

Castel del Monte is well known for its shape that tells a lot about the founder Frederick II of Hohenstaufen. 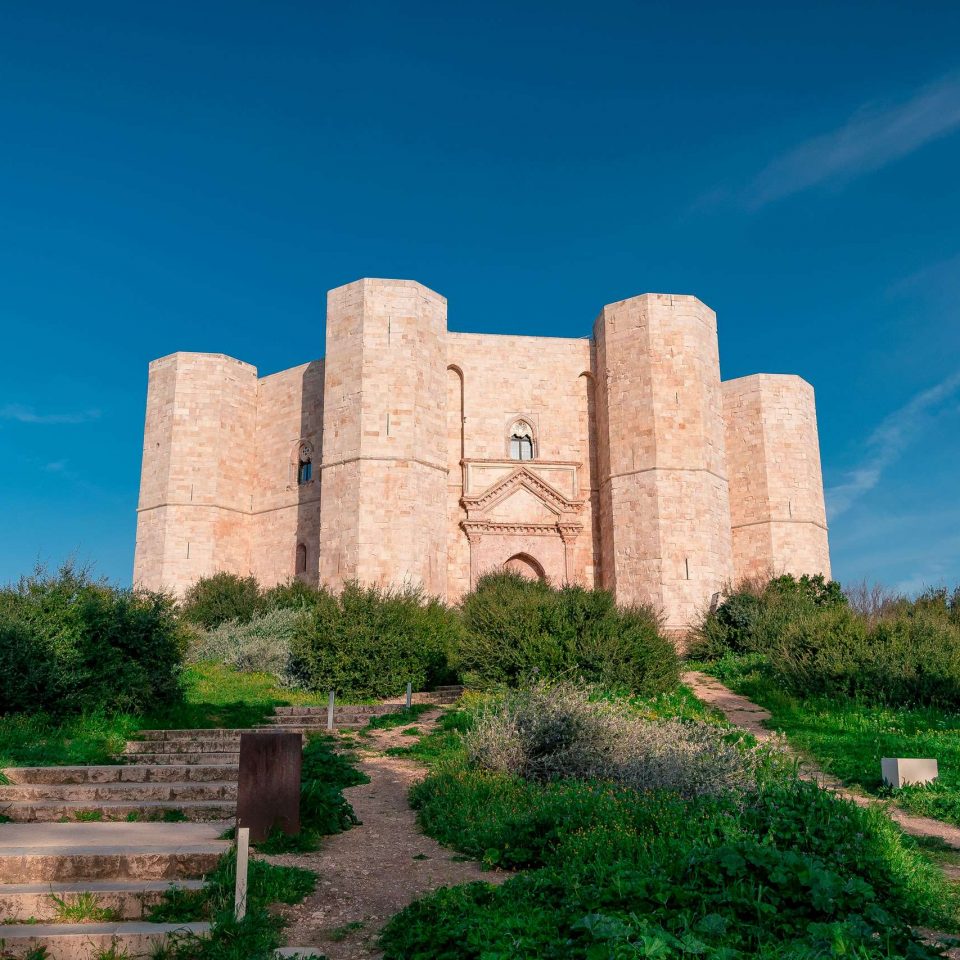 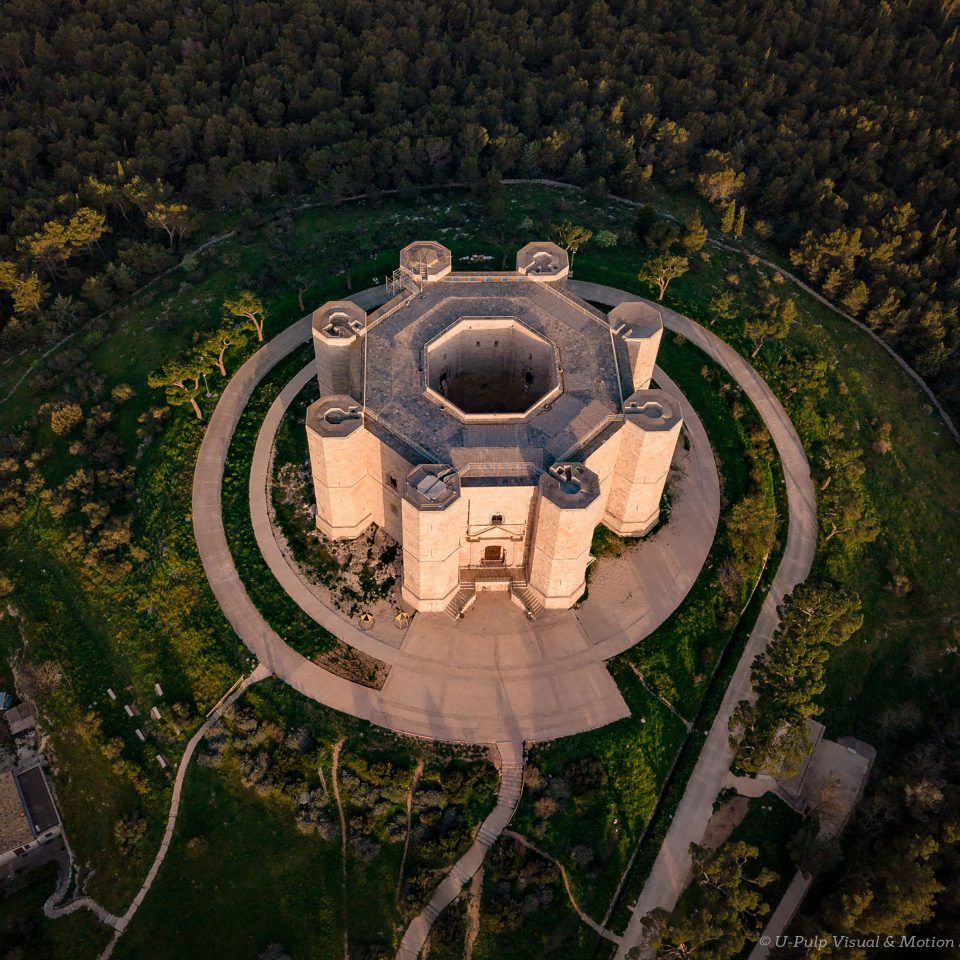 The historical books placed the establishment of the Castle around 1240, few years later the Frederick’s arrival in the region.

Frederick II visited Puglia for the first time in march 1221, coming back to the Kingdom from Germany. He fell in love with this rich region, full of rivers, culture and forests where to practice hunting.

Just two years after his visit, the capital of the Kingdom of Sicily was moved from Palermo to Foggia.

This, because of the strategic position of Foggia and the whole Capitanata, considering the Empire.

Castel del Monte is a part of a castle system which gave a distinctive sign of the Sovereign’s royal power and magnificence.

Instead, considering the Frederick II’s love for art and architecture and the importance of the light during the Middle Age, Castel del Monte was built as a symbol of the Kingdom.

Certainly, the shape is the most iconic characteristic of Castel del Monte. It is based on the octagonal shape, on each of the eight sides there’s an octagonal tower as well. The calcareous facetings of the towers generate many colors and light effects.

Moreover, the number eight recurs even in the number of rooms for each floor, making some kind of architectural perfection.

This Castle was, with any doubt, the Frederick’s pride.

Located on a little hill, directly on the rocky bank and without any foundations, it was object of many restoration interventions.

The Castle takes light during the whole day, which gave it a special importance during the Middle Age, when the light meant the presence of God. 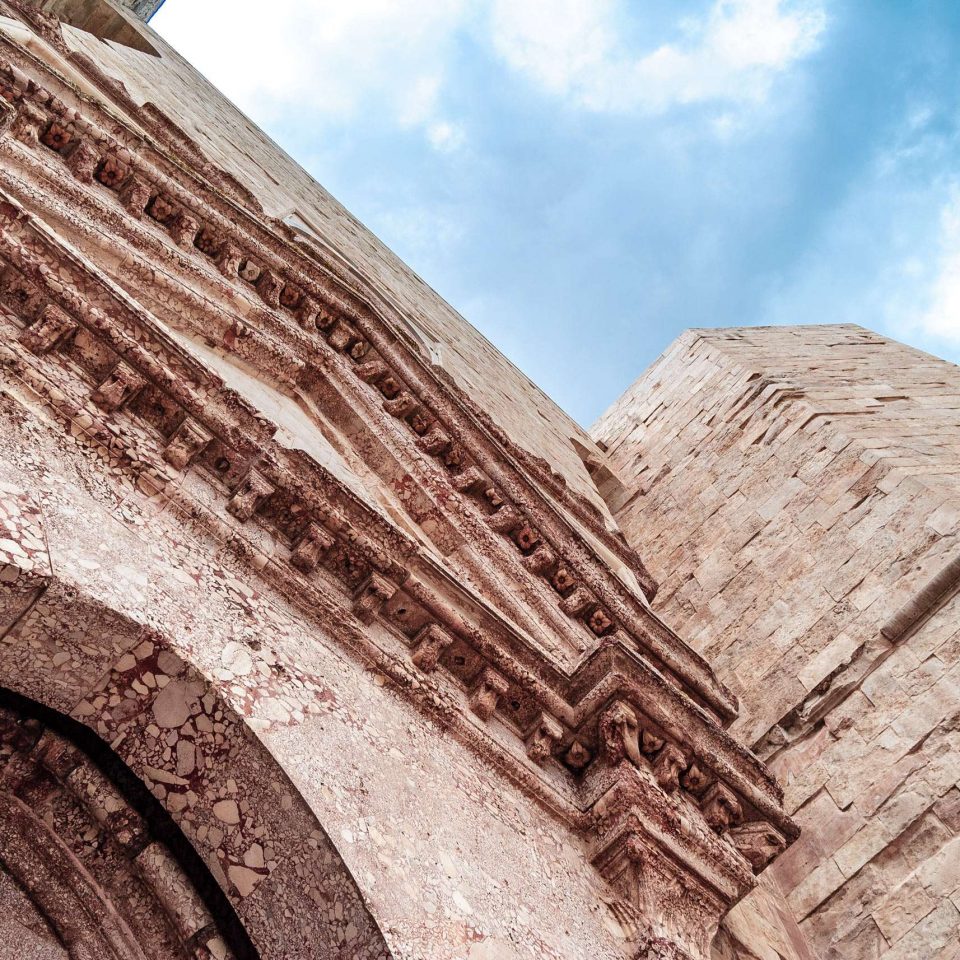 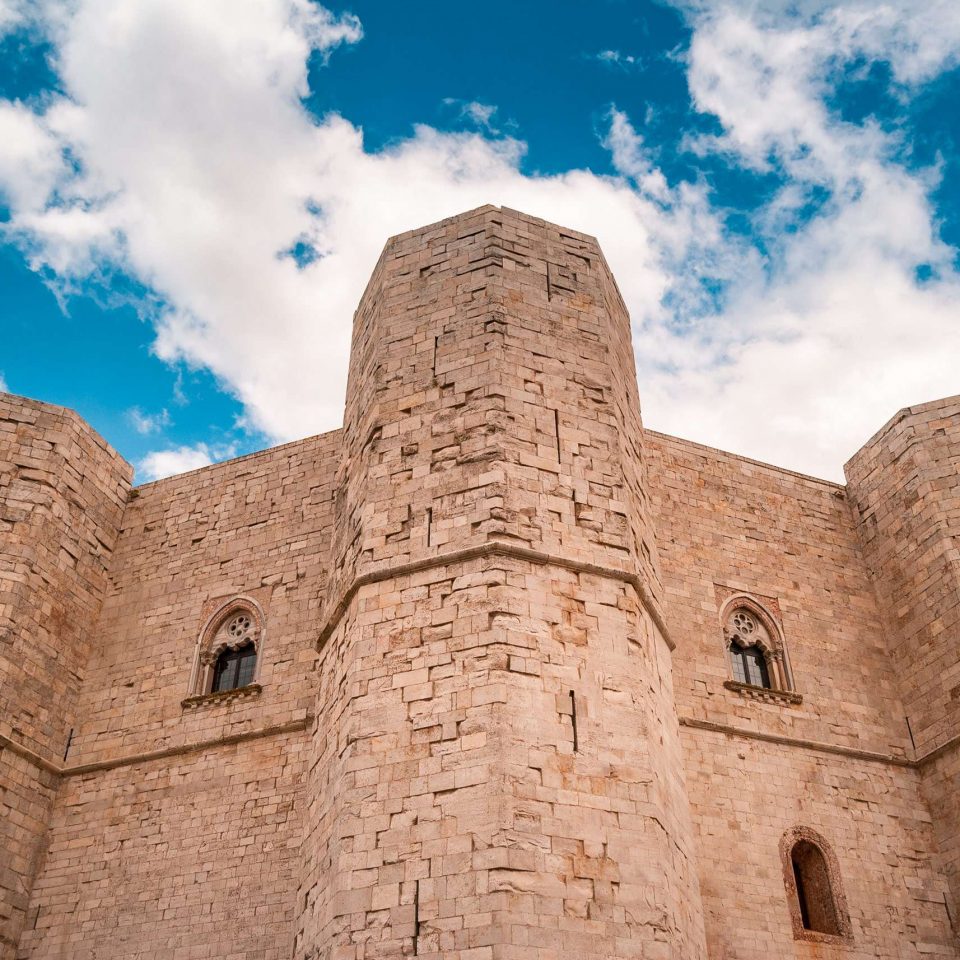 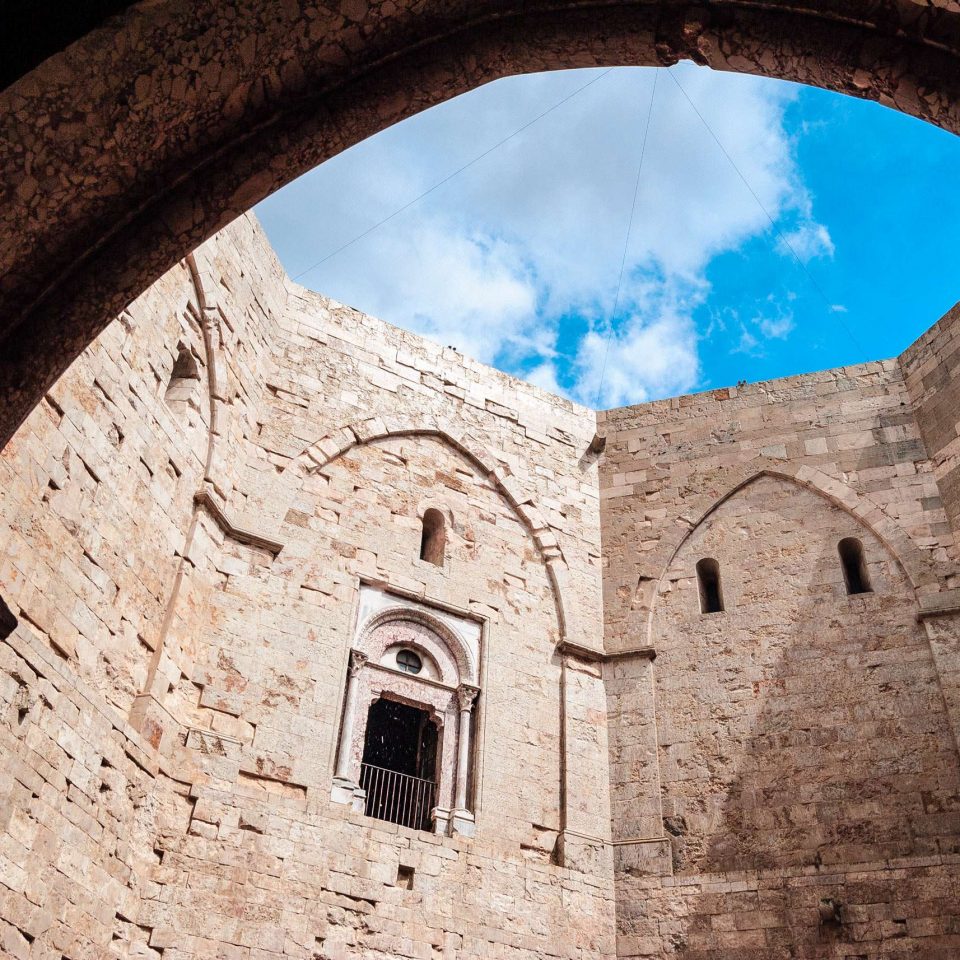 Castel del Monte seems to be isolated and far from other important sites, but actually its position is really strategic. Indeed, the castle is located on the road between Andria and the Castle of Garagnone, of which today there’re the ruins. Two important sites for the Kingdom.

On the border of the National Park of Alta Murgia, Castel del Monte is also very close to other points of interest. The Park of Alta Murgia is, for sure, one of the main forests in Puglia and it’s the perfect place to practice trekking, hiking, walking and cycling.

In this area, then, is also located the Bauxite Cave of Spinazzola, an abandoned bauxite mine. It is a very weird scenery considering the dark red of the rocks and the contrast those make with the intese green of vegetation.

Furthermore, the Archeological site of Rocca del Garagnone is always considered an interesting hiking destination. We advice to visit it during sunrise to enjoy a very natural show.

Castel del Monte is still an object of admiration for architecture lovers.

Moreover, if you are a photographer, you’ll be very attracted by its charm. Visiting Castel del Monte is surely a great opportunity to shot your best pics.

For its history and splendor, in 1966 the UNESCO Committee for the World Patrimony nominated Castel del Monte a World Heritage Site.

For more information, please contact the Managing Authority directly filling in the form below.

Remember that  you can reach Castel del Monte in many ways. Surely by car, but also by train and bus.

Click on the button “Reach me” to know how to get to Castel del Monte.